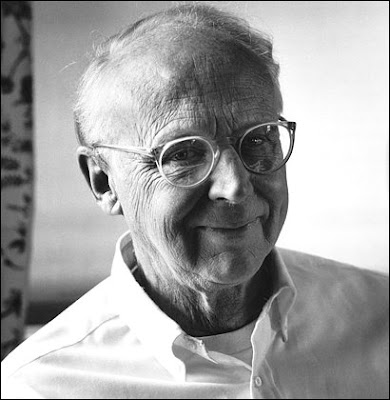 I took this picture of Reverend Craig Eder, (September 6th, 1919 to November 22nd, 2009) back in the early '80's. My friend George Ferris and I decided to photograph as many of our old St. Albans teachers as we could find. George set up the appointments and I did the photography.

Rev, as everyone who went to St. Albans called him, was at St. Columba's by then, a pretty church in NW Washington, DC. He had retired from St. Albans some years before. I asked if he was still called "Rev" and he said, "Only by St. Albans boys." Maybe he didn't like being called "Rev."

But that was the thing about him: he was such a sweet guy you could never tell what he disliked.

He taught the C. S. Lewis Narnia books to us in 5th grade Sacred Studies (it was that kind of school), and only once did I see him angry. A boy in our 6th grade class brought a lighter to school and lit another boy's jacket on fire. Rev gave him ten demerits, the equivalent of two and a half hours of Saturday detention. The worst you could get was twelve demerits, but Rev could only bring himself to give this little pyromaniac ten. "You have ten demerits, Werner! You REALLY do!" Any other teacher would have had the kid suspended.