Television and the Paranormal Phenomenon 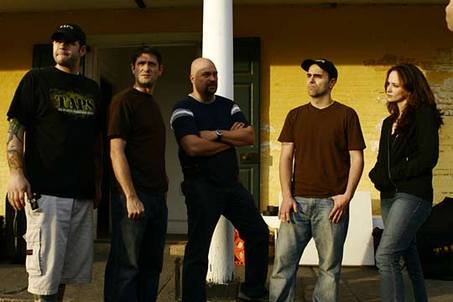 From left to right: Steve, Grant, Jay, Tango and Kris- the best of  all the teams.

I don't watch much television. Okay, I watch every night, but there are only a few things I like and after they're done, so am I.

I rarely watch "reality" television (a classic oxymoron if there ever was one) so I've never danced with America, idolized it or admired it's talent. I've never raced, survived or eaten in a Hell Kitchen. I have decorated a few cakes with the stoners on Ace of Cakes, and Mythbusters still has an appeal after many seasons. There's a cartoon show on Disney called Phineas and Ferb that I can't get anyone to watch, but let me tell you- it's really truly funny.

I already mentioned Treme, so no need to go there again, at least for a while.

I have a guilty secret though. I rarely miss Ghosthunters. Wednesday nights are set aside for my wife Sue and myself to follow Jay and Grant and their able team through the haunted homes, libraries, hospitals and prisons of America.  Now, if you've never seen this show, then you don't know how completely surrounded we are by spirits- restless hauntings, some residual, some intelligent (see how much I know already?), eager to disrupt the world of the living. Or maybe not. It's all in how you look at it.

Jason Hawes and Grant Wilson are two Roto- Rooter plumbers who have pursued their fascination with the paranormal through their own organization, The Atlantic Paranormal Society or TAPS as they refer to it, as in, "Hi, we're Jay and Grant from TAPS. We're here to help." 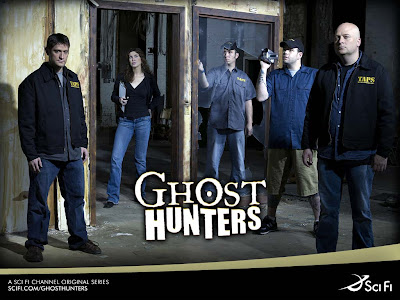 In the earliest episodes they are hen- pecked by neglected spouses and surrounded by mostly incompetent sidekicks as they boldly go through their rounds, usually homes near their own in Warwick, Rhode Island. Often a call will come in while they're working on a toilet or installing a shower head. They'll leap into their Roto- Rooter van and head back to TAPS HQ, which, in the beginning, was a trailer in Jay's backyard.

The first team, with Brian Harnois third from left, apparently replacing a pane of glass.

One of the team, a classic TV a-hole type named Brian provided the lightning rod of incompetency and arrogance so important to television's need for  soap operas. The poor guy's role was edited by the producers so as to make him seem like the biggest douchebag on TV, and finally he was sent to the farm team, Ghosthunters International, and has since disappeared altogether. His classic moment was yelling "Run dude run", during an investigation. Man, could that guy run!

Times have, as they say, changed. The only sidekick to survive the early days, tattooed ex-cop Steve Gonsalves, has been joined by Dave Tango from New Jersey,  and beautiful Kris Williams (and not in a TV/ Baywatch way- I mean a really pretty woman), and a somewhat regular but revolving cast of TAPS cohorts. 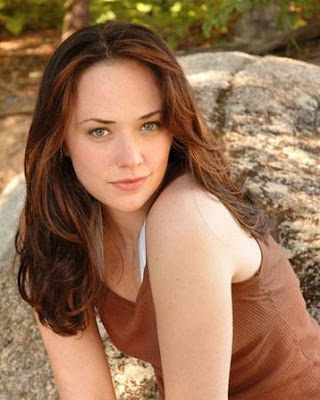 They have temperature- reading cameras and K-II meters and recording devices for picking up EVP's (electronic voice phenomena). They use digital cameras on remotes controlled from their van (apparently a converted Roto- Rooter truck.)

A camera and sound crew follows them through their investigations with high ASA infra- red cameras so we can see what is happening in the dark. It doesn't hurt that the infa- red makes everything look spooky: dark hair looks light and eyeballs glow gray.

And, every once in a while, they actually find something interesting. A glass or lamp will move. A door will open on command. A ghostly voice will be heard on the EVP recording, telling the investigators to leave it alone. The ghosts seem very reasonable.

Here's what you never see: scary ghosts. Real- honest- to- god- floating, ghostly people wafting down stairs or through hallways. They claim to see it, but you never do. By the time the crew turns their lens on the phenom, it's gone, if it was ever there. The closest they ever got to showing a real entity was in a lighthouse investigation (lighthouses are hotbeds of ghostly activity, evidently) where a remote picked up a shadowy dark figure darting around at the top of a circular staircase. It was actually pretty amazing. Of course, when Jay and Grant and the camera crew went up there, we saw nothing.

The people in the haunted locations are constantly talking up these apparitions. "He was standing by the fireplace in a revolutionary war uniform. He smiled and disappeared," for example. You never see anything like that. You hear the crew yell, "If you're the revolutionary war soldier, please show yourself." But they never do.

I say get rid of that crew, fellas. The ghosts have got their number, believe me. That crew will never capture any evidence; those wiley ghosts are just too tech- savvy for them. Just carry your own small cameras. And forget the digital still cameras with their disruptive flashes- you never get anything with those. Keep those K-II meters and the flashlights: I love watching those ghosts turn those flashlights on and off. EVP's are great, so give everyone a digital recorder, a flashlight, a K-II meter and, oh yeah- one of those heat- recording cameras- they're always good for a chill!

You'd think that in this day and age this whole paranormal thing would have been explained and either de-bunked or proved once and for all. I mean, how difficult can it be to communicate with and visualize the dead? If dogs, children and mediums can do it, why not everyone? Chances are we can do it already, but the powerful religious lobbies have kept the information from us, like the anti- gravity belts and the time machines. (See my blog The Future Isn't Now).  Hey, I'm kidding, okay? Well... maybe.

Anyway, as long as we have the practical plumbers out there, I personally can sleep well, knowing what I've learned from Jay and Grant. Thank you, men. You got rid of the ghosts and fixed that pesky leak.
Posted by Bret Littlehales at 9:40 AM

Excellent post about a pretty entertaining tv show - next you should write a review about "It's Always Sunny in Philadelphia." :)