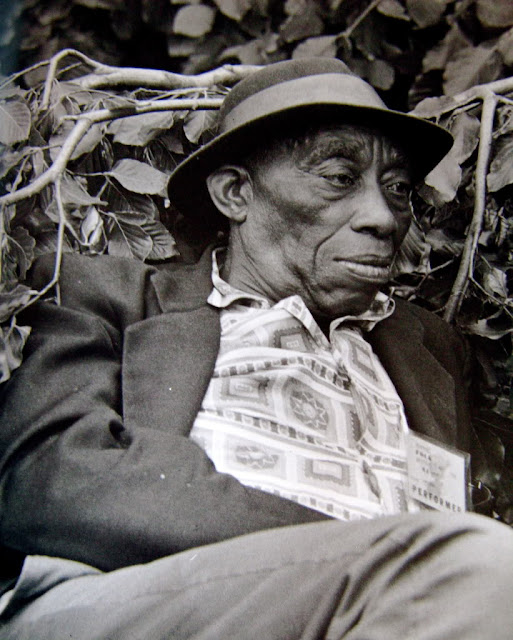 For many people of my generation, the so- called "sixties" began with Sgt. Peppers and the Summer of Love (now which one was that?) Maybe it began with the Vietnam War and the draft. Or was it Bob Dylan's Like a Rolling Stone tearing up top forty AM with its over five minutes of scathing lyrics?

For me, it was John Hurt and Candyman.

It seemed as if every guitar player I knew worth his or her salt spent hours learning Hurt's intricate finger- picking patterns, working their way up the technical ladder from Louise Collins to the sublime Candyman, the holy grail of folkie finger- picking expertise.

The originator of the style, which in the context of the Mississippi hill country around Greenwood was apparently unique, was a man who may have been the most gentle, genuinely self- deferential entertainer in history. His sweetness began with his beatific face and came through in his guitar playing and singing, often belying a penchant for gently bawdy lyrics, always delivered as reverently as a hymn.

John Hurt began his recording career in 1927 with slightly more than a handful of tunes cut first in Memphis and then during a single trip to New York City. After that, he was never heard from outside of his native town of Avalon, Mississippi. The songs he recorded then were the songs he sang upon his rediscovery by folk music ethnocologists Tom Hoskins and Dick Spottswood in 1963, mostly because Hurt had sung the line, "Avalon, my home town, always on my mind," in one of the 1927 recordings. 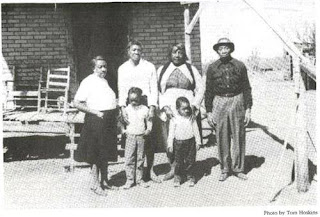 He came up north, lived briefly in Washington, DC, and played for awhile at a coffee house on Columbia Road next to the Ontario Theater, now a shabby bodega.

Following that he began touring college campuses and doing concert shows as his star ascended, mostly thanks to Dick Waterman, who named his management company Avalon Productions after Hurt's home town. By 1965, Hurt was hugely in-demand for concerts across the US and commanding fees that seemed outrageous to a man who had labored his whole life as a farmer for almost nothing . 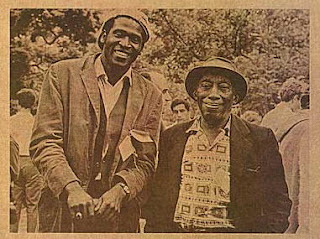 It was not uncommon to cross any campus in this country during the mid- sixties and hear student after student running the changes of Candyman, attempting to master Hurt's bass- playing thumbing as they tried the simultaneous leads that John would play with his little finger.

The time I figured out the octave slide to the high E in Candyman after staying up all night was the kind of moment where one thinks, hey, maybe I AM a musician after all.

Recordings came out on Vanguard, including a transcendent collection that stands today as his major body of available work, titled The Best of Mississippi John Hurt, not the original recordings but an entire live set of new performances that pretty much says it all. The great 1927 recordings (where we get to hear a fully formed Hurt do Candyman for the first time) were re-issued in the nineties by Columbia. With a very young Taj Mahal at Newport --->

He lacked the mystery of Robert Johnson and the intensity of Son House (also an Avalon Productions client) but had something all too rare for a Mississippi- based bluesman: he was just so damned sweet!

Live at Newport- badly edited, weak sound but here it is- Candyman. Whose slide is that?

Beautiful! One thing: I know Pete Seeger is a great guy and all, but he always comes off as condescending, and this video is no exception.

Jim Kweskin and Geoff Muldaur covered this in the Jug Band with a sultry Maria Muldaur vocal.

Happy Birthday, John. Thanks for all that beautiful music. Thanks for all those days with Karl Harr, Jeff Moore and Ben Clopton trying to learn this stuff and making a lifetime of friends. Thanks for giving my cousin a major reason to become a fine musician and thanks for helping me impress my first and second girlfriends, Susan and Deborah, with my attempts at playing Candyman, which turned out to be, ultimately, just good enough.
Posted by Bret Littlehales at 7:09 PM