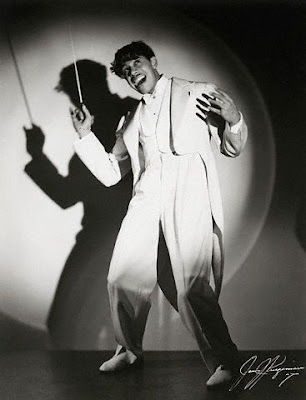 I can't really this date go by without saying Happy Birthday to the hipster's hipster, the Hi- De- Ho man himself, Cab Calloway.

I'm going to skip the biography this time because Ms. Confetta has covered it so thoroughly on her great blog On This Day In Jazz Age Music.

I can't even remember a time when I didn't know who Cab was. He sang an expurgated version of Minnie the Moocher on Ed Sullivan- no gongs were harmed during the Sunday family hour. He stole the movie Stormy Weather, except of course when Lena sings the title tune, and one of the few records that my friend Jock Haight had when we were kids was a Cab Calloway record with The Jumpin' Jive on it. We marveled at the lyrics and finally understood them at roughly the same time we understood Brother Dave Gardner's "Let's blow this joint- pass it on to the waitress" quip.

Then there were the movies at the Biograph Theater in Georgetown. First were the Betty Boops:

followed by the amazing Reefer Man performance from International House:

Back then any pot references from the thirties or forties was like discovering a secret brotherhood of hipsters.

Ultimately it was the first Blues Brothers movie (as bad as it was) that brought him back. I kept trying to meet him (the list again) but I never did. As I began researching jazz more and more I found out that Cab was a canny businessman, a no- nonsense band leader and a tough boss. He travelled to his gigs in a private train car so his musicians didn't have to be exposed to the vicious Jim Crow laws of the South. He was not a jazzman, not really, but a consummate professional entertainer, who surrounded himself with the finest musicians he could get, like Danny Barker, Milt Hinton, Chu Berry, and even Dizzy Gillespie who actually knifed Cab after being accused (wrongly) of having hurled a spitball at the boss. 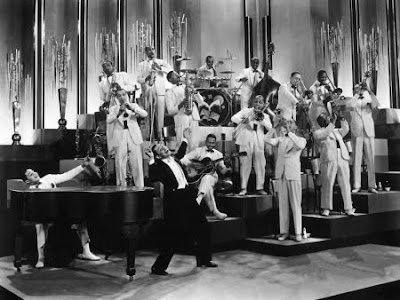 Because of shows like Sesame Street, even in the '70's and '80's every kid in the US knew who Cab Calloway was.

He performed right up to his death in 1994. Does it get much better than that? 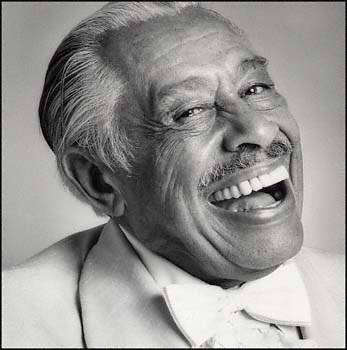 So Happy Birthday and Happy Holidays and everything else to my lifelong pal Cab Calloway. Have a knish-a, Mischa!
Posted by Bret Littlehales at 1:22 PM