These are all images painted by the incredibly prolific J. C. Leyendecker (b. 1874), a highly influential illustrator from the 20th century.

Leyendecker, who preceded Norman Rockwell at the Saturday Evening Post by a generation, either invented or popularized several mainstays of American Holiday iconography: the fat jolly red- garbed Santa, 4th of July fireworks, flowers on Mother's Day, and the subject of the paintings shown here, the New Years Baby. He painted 322 SEP covers and did the illustrations for Arrow shirts, and Kuppenheimer suits among many others.

An openly gay man in an era when such a thing was frowned upon (to say the least), he died in seclusion in 1951, cared for by his lover and friend, who had once been his main model. 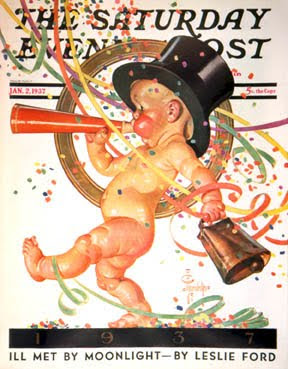 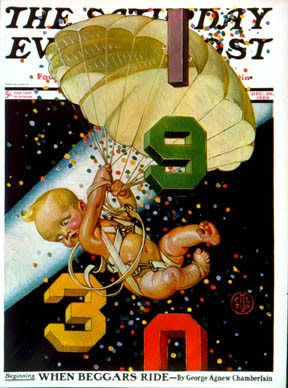 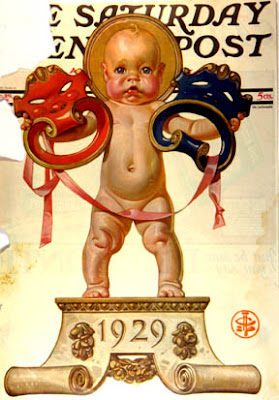 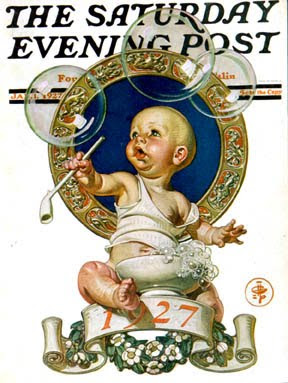 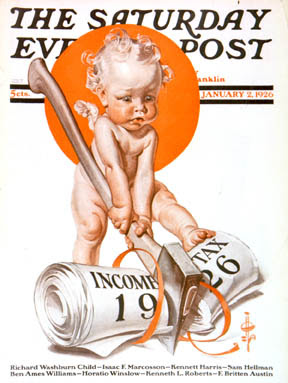 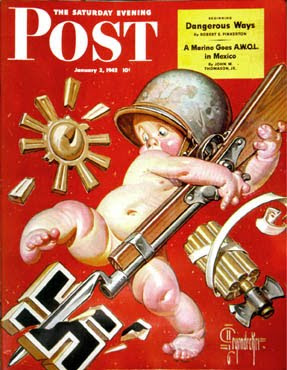 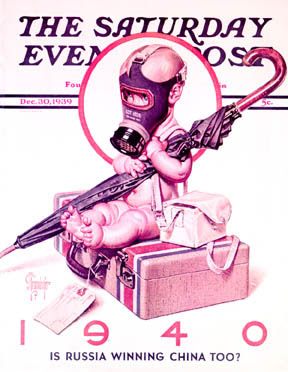 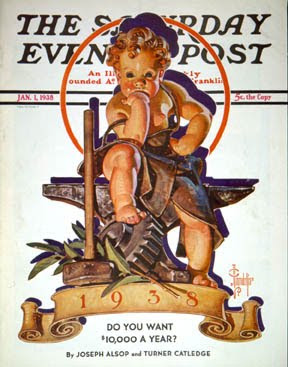 In these days of cultural and racial diversity, Leyendecker's and (to a lesser extant) Rockwell's images of an all too white Xmas, New Years and Thanksgiving seem so dated. The sentiment is there, but the inclusion of all America is glaringly absent. A sign of the times.
Posted by Bret Littlehales at 10:40 AM