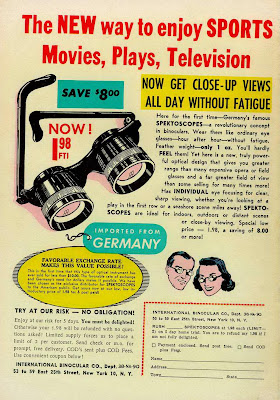 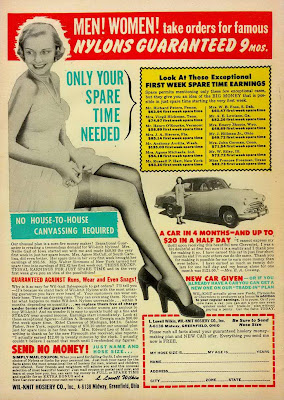 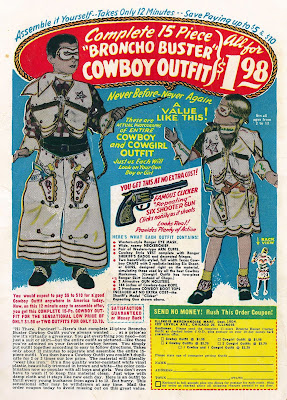 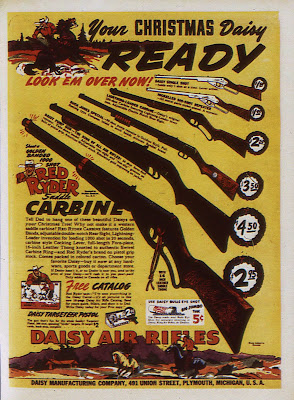 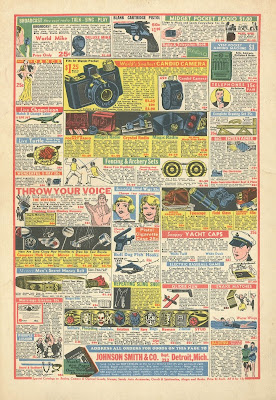 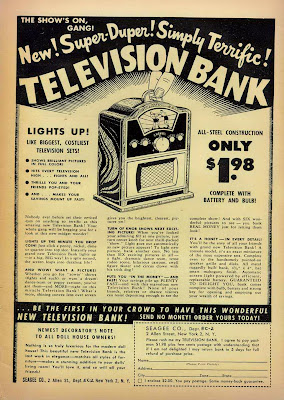 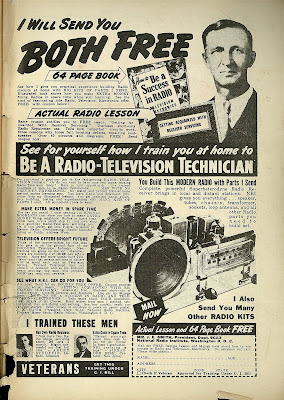 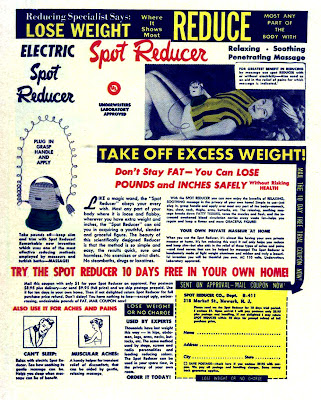 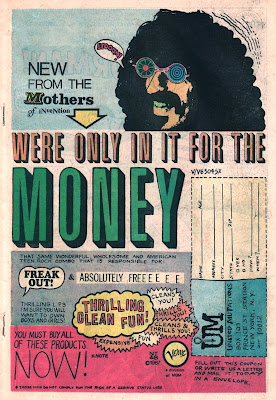 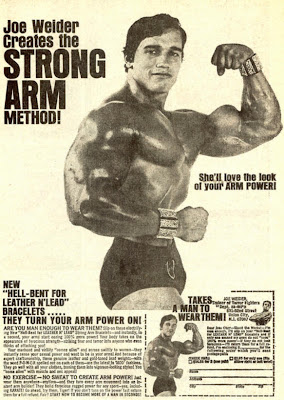 Comic book ads: they held out a promise of a better world where kids and fantasy- ridden adults ruled.
Posted by Bret Littlehales at 10:23 AM 3 comments: 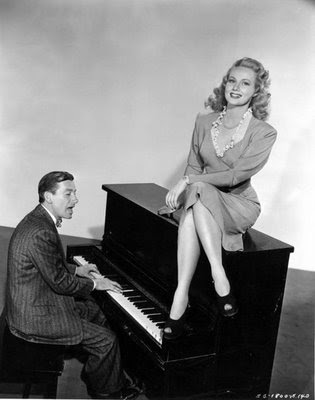 Hoagy with our old friend Virginia Mayo (see L by L blog, "I Want to Go to Veronica Lake")

Happy birthday, Hoagy. I hope you're enjoying yourself. Are you being a Lazy Bones and does that Old Rocking Chair Got [You]? I hope so, I really do. You're a hundred and ten years old for Heaven's sake!

I'm not going into a big bio this time-- my esteemed colleague, the wonderful Confetta at On This Day in Jazz Music has done a great job with that.

Here's a very short list of my favorite Hoagland moments:

First: favorite song of yours sung by you: Hong Kong Blues- completely politically incorrect and lyrically visual. It makes me laugh and cry at the same time. What a little movie this would make. "He got twenty years privilege taken away from him when he kicked old Buddha's gong." Oh man, I hate when that happens.

Second: favorite song of yours sung by someone else: Doctor Lawyer Indian Chief sung by Betty Hutton.


Equally PI, but what a great love song! Go Betty!

Third: your rock- solid performance as Uncle Butch in The Best Years of Our Lives. You add a dignity to an already elegaic film. Your acting helps center this great film and your playing as you talk to your nephew is perfect.

Okay, Hoagy, give my regards to Bix, Louis, Tea and Bing. And watch out for the smoke! And thanks again for all those great songs.

We competed against seven other bands, played a thirty minute set with three originals, sat back, drank some beers and then won. Ah, if only all of life were so simple.

We'll be representing the District of Columbia in an International Blues Challenge in Memphis TN in January. However we fare, I promise to keep Little by Little(hales) readers informed.
Posted by Bret Littlehales at 3:31 PM 1 comment:

Some of my friends have told me that they are unable to comment on the blog through the "comments" section below each entry. If this is the case, please email me at bretonL@erols.com
Posted by Bret Littlehales at 9:40 PM 78 comments: 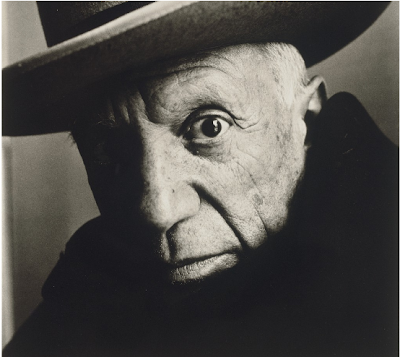 Pablo Picasso by Irving Penn: an alternative to the more famous portrait with the mouth obscured (see below)
Do you have a list? I do. I have a list of things I want to do before I die. It's not written down anywhere, but it's pretty concrete, and hasn't changed much over the years.

Here's some of the things I have done that were from the list:

You get the idea.

Here are some things that are on my list that I haven't done:

I never met him. But I know him very well. I have looked at his work countless times over the years, beginning in my old high school, where our effeminate painting teacher collected every Vogue magazine from 1951 on, or so it seemed. I used to thumb through the magazines looking for photographs from which I could craft a portrait, and somehow, I always ended up replicating a Penn.

There was something about the purity of his seeing, the richness of the black and white, the contrast, the lighting, the straightforwardness of his portraits. I didn't know who half the people were or why he had photographed them. For me, it was the look of the pictures that drew me in. It was his style. 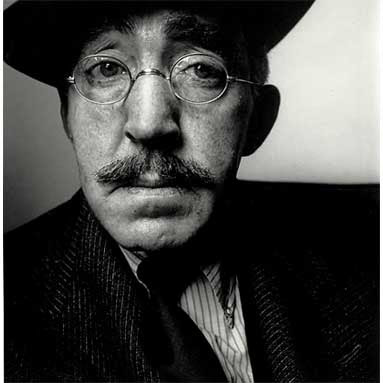 S. J. Perelman
Penn's early street pictures conjure up a just-uninhabited world where shops have closed only a moment before or someone has just left for lunch, like an urban Andrea Doria. 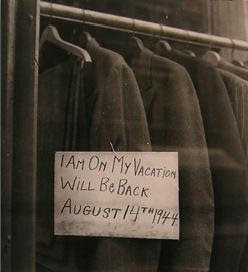 I have been a professional photographer now for decades, for over thirty years. Everyday I wonder where photography is going and whether I'm in a doomed profession. Irving Penn hopefully never worried about such things, although I heard he went through a worried phase around the time his brother Arthur achieved success as a movie director. Around the time of Bonnie and Clyde, a movie set in the great depression.

Irving Penn's career pretty much coincides with the heyday of commercial photography, when he and the late Richard Avedon created fashion photography as we know it today, when magazines other than National Geographic would send a photographer around the world on a single assignment. A long bygone day.

Vogue sent him to Peru and Dahomey where he set up a self- designed tent as a natural light portrait studio and invited everyone to come in for free portraits. (In Cuzco, he used an existing north- light facility after paying off the resident photographer.) 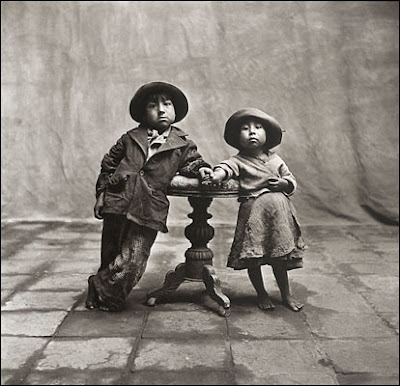 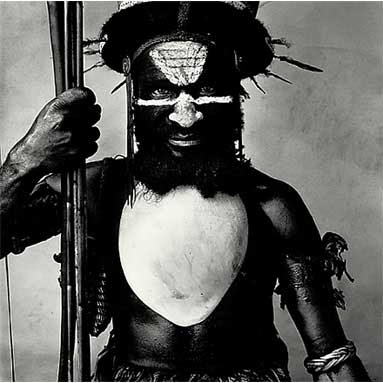 Dahomey Chieftain
He went to Europe to photograph artists, writers, politicians and other notables. His photograph of Picasso in the bullfighter's cape with Picasso fighting for control of the composition is an icon. Evidently Picasso saw himself upside down in the reflection of Penn's lens and composed himself in the frame.

The more famous Picasso
Here is his photograph of the bedridden Collette, still glamorous somehow and defiant despite her infirmities. 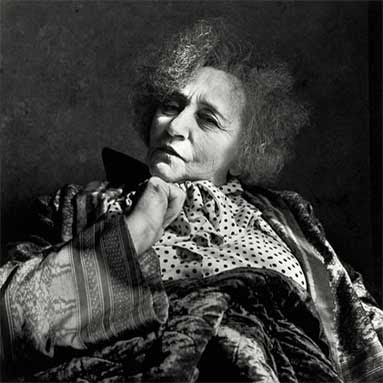 And the portrait of Cocteau, suspicious and immaculately turned- out, with the shape of his pose defining the frame of the photograph. 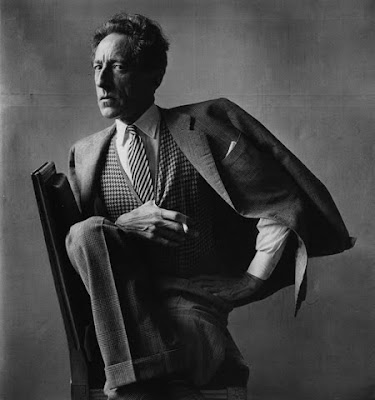 A master composer, whose use of the negative space around the subject was sometimes as arresting as the subject themselves, and master of light, who makes certain you look where he wants you to look, Penn was able to utilize his essential style in still- lifes as well. For example, his annual Christmas flowers for Vogue, always a little past their prime: 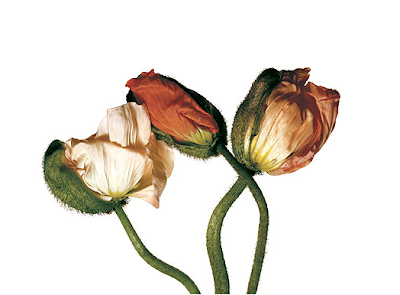 and the famous "Theater Accident" shot of the shoe with the de riguer tranquilizers:

Oozing cheese, unripe food, flies, cigarette butts and other detritus are omnipresent in his work. There is an awareness of death married to the inevitable glamor in much of his imagery. 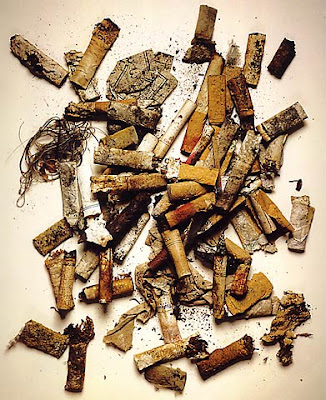 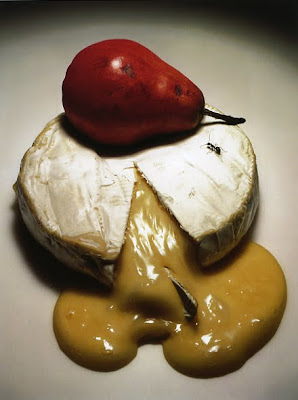 Penn ultimately developed a style that transcended subject matter. Within the Penn style anything became if not always beautiful, then at least arresting and fascinating. It is, perhaps, the strongest style in the history of advertising photography. I can't think of any other photographer as comfortable with as many disciplines: still- life, portraiture, nudes, fashion, black and white and color, commercial and personal, all done within the strict desgn ethic governed by use of light and composition. 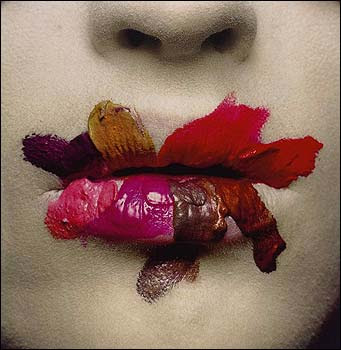 It is one of photography's strongest magic mirrors, telling us in no uncertain terms where to look and how to look. 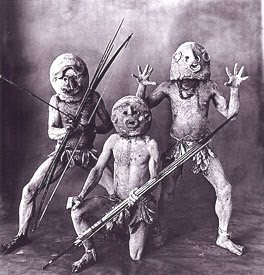 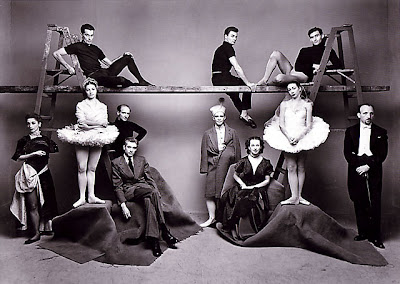 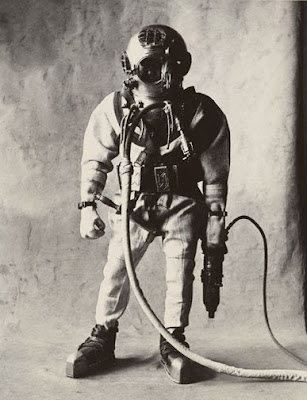 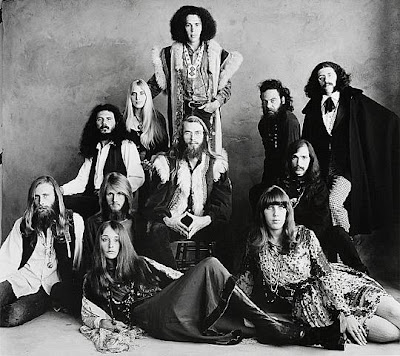 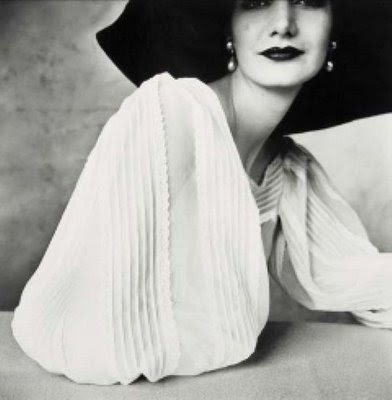 When I think of all the things I haven't gotten done, well...
Posted by Bret Littlehales at 11:28 AM 7 comments: