My Lunch With John McDonnell 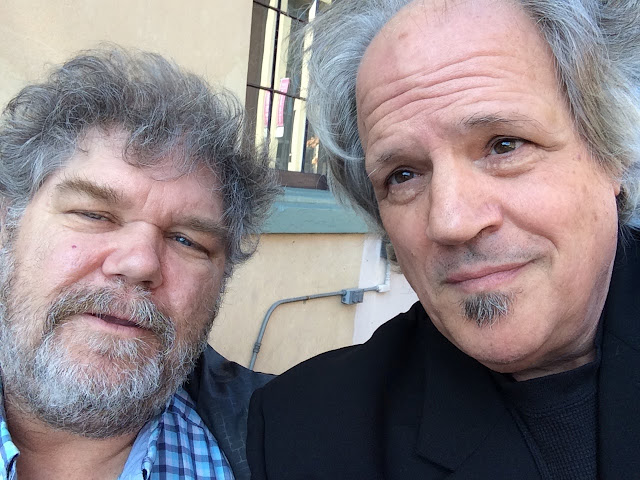 That's my old friend John McDonnell. We met on a Jimmy Carter campaign stop at Dulles Airport in 1976, I think. I was shooting for the Reston Times, the first job I got out of college, and I kept hearing about this kid at our Leesburg counterpart, The Loudon Times- Mirror. "He's great- wait'll you see his stuff." Then I meet him at the airport and he WAS a kid. Sixteen, maybe. And a big kid. I thought, this is John McDonnell?

Indeed it was. He showed me some of his work later that week, exquisite 16X20 B&W prints, perfectly toned, on Agfa paper. Really rich prints, the kind I had been trained to make in art school and here's this kid (did I say sixteen? He may have been fifteen) making better prints than I did.

After that we became friends and one day John was hired by the Washington Post and I was still shooting pompous realtors for the Reston Times. It was a real blow. I knew then I had to move on. And that was good. Actually, it was the very thing I needed.

Over the years we kept in touch and our careers diverged. I stayed a freelancer and had, if I do say so myself, a way better career than I probably deserved, but that's a different story.

John has thrived at the Post and continues to astound his audience, lately with his incredible Nationals' coverage.

We talked about the emergence of the cell phone as a viable photographic tool. We talked about former colleagues. We caught up on the future of photography (bleak) and the world in general (same).

The best thing about was, we had a great time! Two guys having lunch.