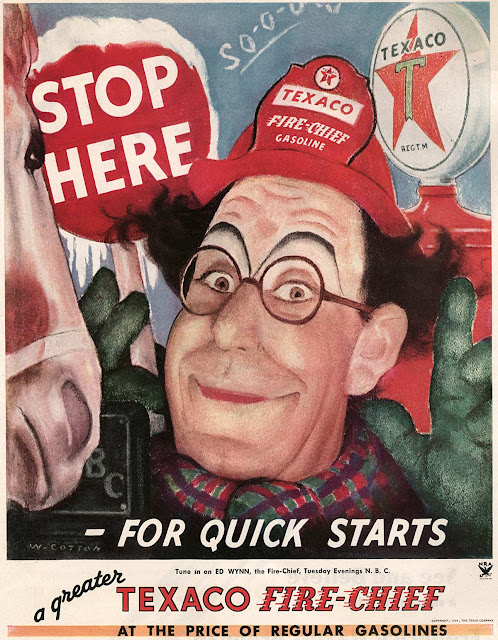 A lot of things are sweet about this ad: it's originally done in watercolors, it's signed, there's a horse's nose in it, and it's about a fire- chief sponsored by a flammable product. I suppose Texaco water would have been a tough sell back then, certainly much harder to market and far less profitable.
Posted by Bret Littlehales at 6:44 PM 2 comments:

And you thought the word "ironic" was only used in comics: 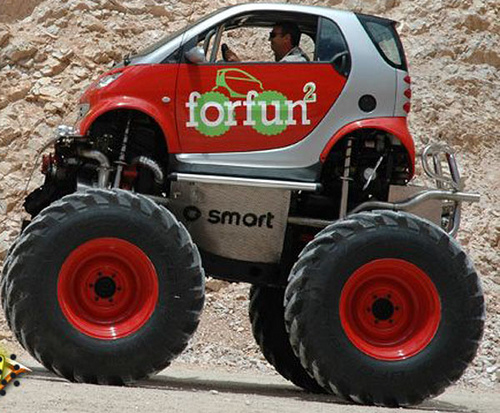 Posted by Bret Littlehales at 8:43 AM 7 comments:

The Cult of Stupid

I don't want to join the Cult of Stupid.

The death of David Honeyboy Edwards last week (see post below) marked the end of the blues players who came up in the era of Delta- country blues: the first wave of blues, and also the blues that gave way to rock and roll, one of the most popular forms of music on the planet.

Honey, as his family called him, was born in 1915 in or near Greenwood MI, a town on the edge of the Delta and the edge of the Hill Country. By the 1920's, Charley Patton (b. 1891) had developed a large following in the Delta, playing a very raw, pure form of guitar- driven blues. Patton first recorded in 1929, and by the time Robert Johnson (like Edwards, a student of Patton) recorded in 1937, Delta and country blues were becoming diluted, thanks to the accessibility of radio and the emergence of the electric guitar. Both Honeyboy and Johnny Shines, who traveled with Robert, recall having to play the popular hits of the day, songs like, "Ain't She Sweet," and "Some of These Days."

Edwards grew up hobo-ing throughout the south, constantly moving from town to town, staying with whatever women would have him, gambling, drinking moonshine and playing his guitar and harmonica. In short, living the classic Delta bluesman life.The life that virtually no one of my generation who likes or plays blues can truly relate to, unless they were homeless and lived in a shelter.

But Honeyboy was rarely homeless, and rarely broke, because as long as he had his guitar, he could make some money playing on Delta streetcorners or jukes, or speakeasies.

And he was by no means unique: after the depression, a good- sized segment of mostly male and poor people rode trains in and under boxcars, hitched rides with strangers and ate whenever they could by doing odd jobs for people with the means to feed them.

Throughout his autobiography, The World Don't Owe Me Nothing, he refers to his early life as "great" and "lots of fun."

In the course of his 96 years, he met or befriended virtually every blues legend that ever played in the Delta, as well as Chicago, Memphis, St. Louis, Gary, Austin, Dallas and Houston. However, much like early jazz performers in New Orleans, like, for instance, Bunk Johnson, some of Honeyboy's stories seem somewhat apochryphal.

He's there to warn Robert Johnson about the evils of taking drinks from strange women in juke joints only days before Johnson does exactly that and dies. He's in Chicago when Sunnyland Slim pulls Muddy Waters off his truck- driving job to record with Leonard Chess (although he's definitely incorrect that Muddy drove the truck for one of Chess's businesses.) He already knows Muddy and Sunnyland from the Delta.

He knows everybody! If I had to list them all, this blog would stretch into the next three blogs, and it's already been continued from the last blog!

I have not heard much of Honeyboy's early recording, like the Lomax sessions he describes, but I have heard his Drop Down Mama from a great Chess collection by the same name issued in the late '60's . And Honeyboy is, well, good. Not great... not even neglected great, like Robert Nighthawk or Baby Face Leroy. Just good, as in not bad at all.

Ultimately it doesn't matter how good a blues musician he was, because his strength comes from his longevity. He was able to do what none of the others were able to do, save the recently deceased Pinetop Perkins. He was able to live for 96 years.

He was the last man standing in a ring full of genius and near- genius contenders. From what I know about him, he did it with grace, dignity, wry intelligence, talent and luck.