Letritia Kandle and the Kohala Girls

Ah, the interweb. Sometimes I find stuff that seems so cool that I have to share it with you, even if you've already seen it.

I saw a wonderful picture in Amy Crehore's terrific blog Little Hokum Rag, which, if you haven't seen then stop reading this and go there now.

It was of a group of female musicians from Chicago called the Kohala Girls. Here's the pic: 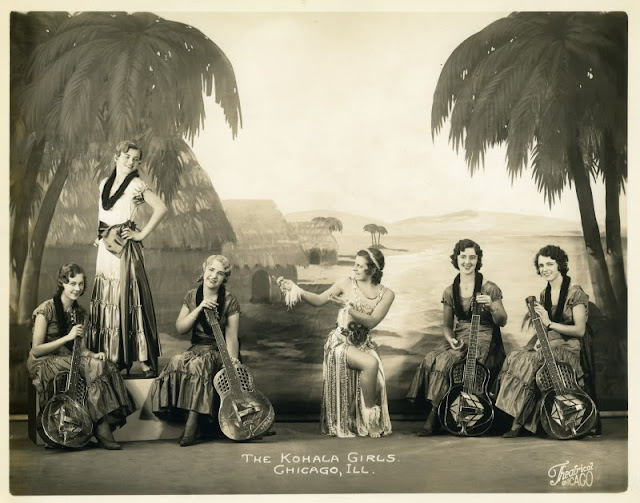 Needless to say, I was intrigued (who wouldn't be?) so I did some interweb research and found some more pics, probably from the same session. 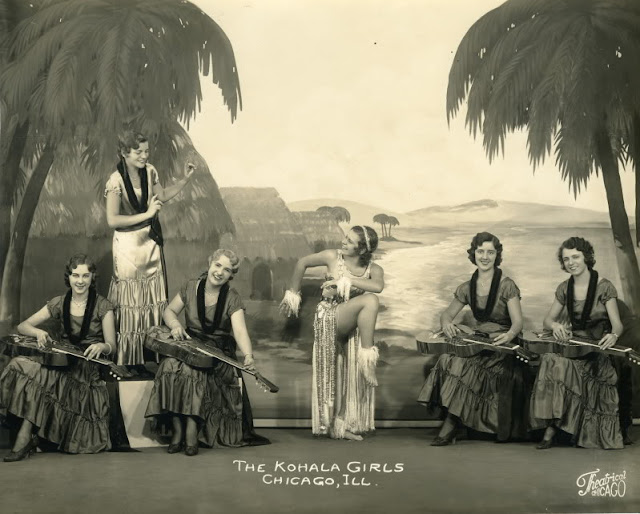 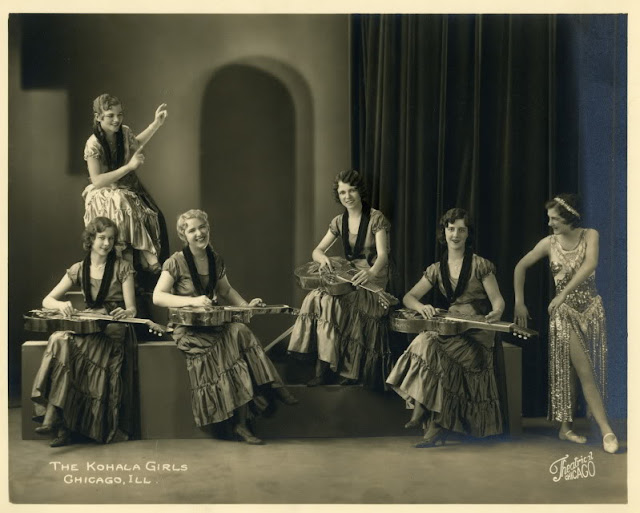 The guiding light of this visually remarkable ensemble was a woman named Letricia Kandle, seated second from left. An acknowledged steel guitar virtuoso, she later recorded and arranged with the Paul Whiteman Orchestra, playing a unique instrument called the "Letar", a steel guitar hybrid with four necks, each (presumably) in different keys.


According to one of her former music students, she was a natural musician, able to sight read and play classical music on the steel guitar. At one point she had sixteen guitar teachers working with her at her school in Chicago. 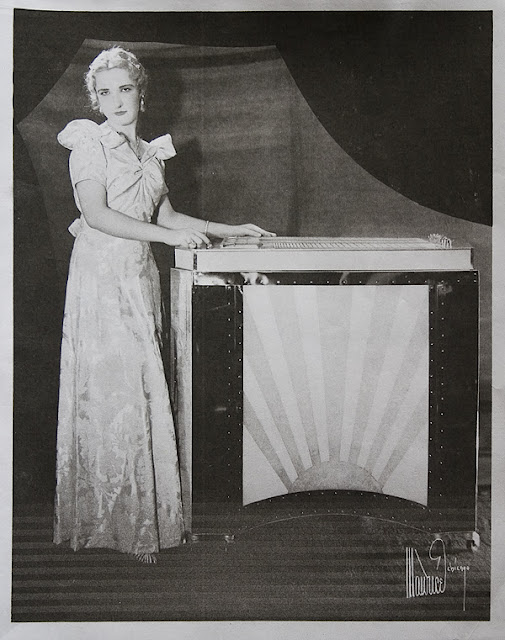 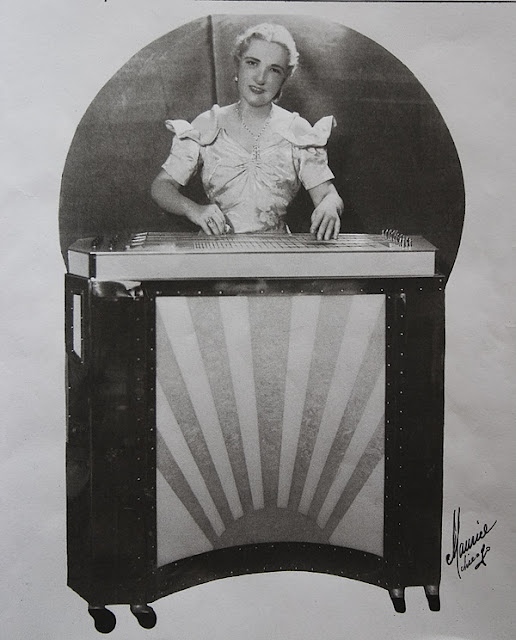 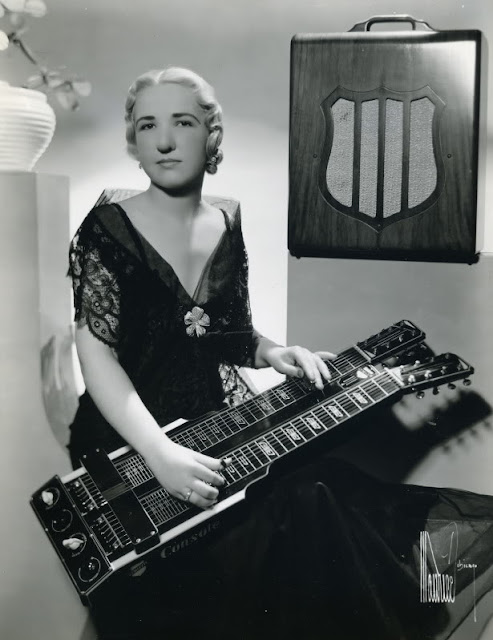 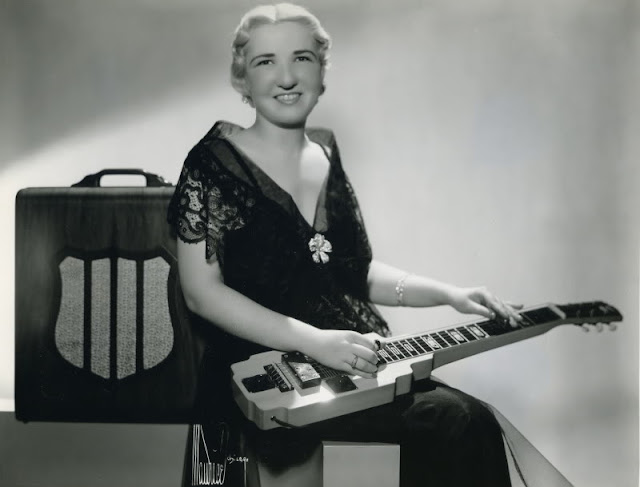 Ms. Kandle died last June at the age of 94. Apparently she was happy to be rediscovered, although she had stopped playing back in 1954.
Posted by Bret Littlehales at 11:54 AM

This was just ONE of the rare examples of female steel guitar players...there was also the late
MIKILANI FO (from Hawaii);Ida Alicanta;Lovey Lui;and Cynthis Read
("White Queen of the Islands").

MIKILANI FO actually played steel guitar on her "Waikiki" label recordings (such as "Two Shadows In
The Sand",ca. the 1950's).

Replies like this are why I write these. Thanks sop much, Ronald.

Oh goodness I will tell Owana that her name is being bandied about in such fine circles, She is bound to be pleased. Thanks for the pics! Ginger of the Hula Honeys

Hi there, I discovered your web site by way of Google while looking for a similar matter, your
web site got here up, it appears to be like good. I have bookmarked it in
my google bookmarks.
Hi there, just become aware of your weblog thru Google,
and found that it is really informative. I am going to
watch out for brussels. I will appreciate if you happen to continue this in
future. Lots of other folks shall be benefited from your writing.
Cheers!

Here is my site; the tao of badass

My hassle advised I would like ths blg.
He a completely
rght. Τhis pοst atully made my
d.
You ann't imagine simply just how much time I had spent for this facts! Many thanks!