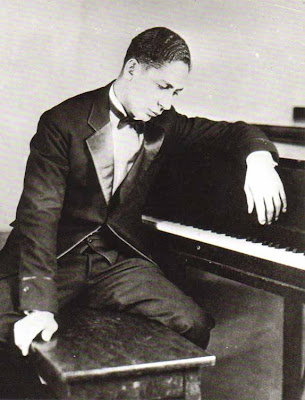 Today may be Jelly Roll Morton's birthday. It may also be on October twentieth. Maybe it's neither of these dates. It might have been in 1890. Records indicate he was baptized in 1891.

We think we know so much, but sometimes, it turns out, we know nothing.

Take Ernest Bellocq, the great New Orleans portraitist who photographed prostitutes in Storyville. The prevailing wisdom was that he was a dwarf, maybe even hydrocephalic, walked and talked like a duck and had a Jesuit preist brother who defaced Bellocq's negatives.

New research by Rex Rose tells us he was not a dwarf, nor hydrocephalic (how could he have survived if he were?), short, maybe 5' 2", a bit of a dandy in fact, high forehead, and a professional, working photographer. He kept his Storyville portraits secret (as well as a stash of photographs of opium dens he did after World War I that have so far not surfaced) and locked in his apartment on Dumaine Street. They were only discovered after his death in 1946. 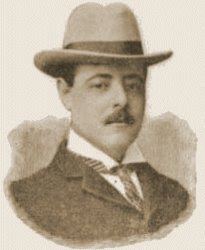 Why even talk about Bellocq? Because he and Jelly Roll were denizens of the Storyville demi-monde, linked together by an odd mutual artistic need that had its roots in, at the time, terrible, albeit legal, vice.

There is a photograph of Bellocq's depicting the interior of Madam Hilma Burt's salon. Like most of the Storyville pictures, it's a remarkable document. Women adorn the furniture like white blossoms: the picture is hallucinagenic. In the background is a pianist, one of the many "professors" who frequented the better houses. According to Jazz expert Al Rose, this pianist is the young Ferdinand La Mothe (or LaMenthe or LaMott- see how little we know?) soon to become Jelly Roll Morton, the self- proclaimed inventor of Jazz. 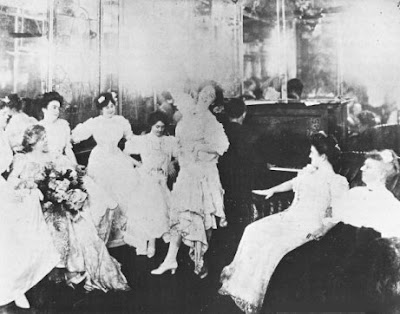 Hilma Burt's salon, with possibly Jelly Roll on piano, att: EJ Bellocq
Hilma Burt's Storyville salon. Bellocq's photograph. Young Jelly. How rich is this? (Personally, I'm not sure this is a Bellocq photo, but what the heck, right?)

There are two important works about Jelly. The first, and by far the best, is Mister Jelly Roll: The Fortunes of Jelly Roll Morton, New Orleans Creole and "Inventor of Jazz" his oral autobiography told to Alan Lomax. Lomax, by turns sympathetic and condescending (as usual) tries to actually justify Jelly's outlandish- seeming claims. Why bother? This is all the stuff of myth, folks. Who cares if Hercules cleaned the Aeolian stables by diverting a river? It's a great story. And that's what Jelly does over and over again: he tells a great story.

The second is Jelly's Blues: The Life, Music, and Redemption of Jelly Roll Morton by Howard Reich and William Gaines. This is definitely the more factual account, appropriately stuffy and academic, but a good read nonetheless.

Here's what we seem to know: Jelly was born to a middle class creole family, after the term Creole came to be synonomous with mixed race. He loved the opera and learned several instruments before the piano. He was a quick study, like Bechet and Armstrong and so many others in New Orleans, and became a whorehouse professor at a comparatively young age. When his family found out, his grandmother expelled him.

His godmother was a well-known Voodoo priestess, Eulalie Echo (Hecault), who took him in and initiated him in that religion. This came back to haunt him in his later life.

He began an extremely peripatetic career that took him to Mississippi, Los Angeles, California; Chicago, Illinois; New York, Washington DC and countless other cities until he finally died in Los Angeles on July 10th, 1941. When he wasn't playing music for a living, he was either pimping or hustling pool. 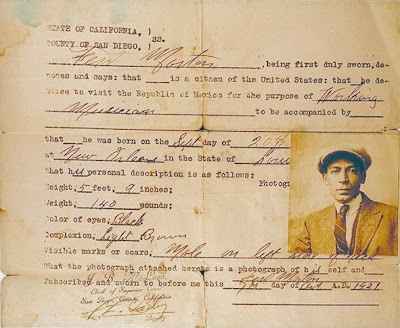 Jelly's Mexican Visa
He was bilked out of his royalties by his (white) Chicago partners the Melrose Brothers, whose only talent was, apparently, bilking Black artists out of their royalties. Much of his later failure he blamed on a Voodoo curse he had incurred earlier while rooming with his godmother. 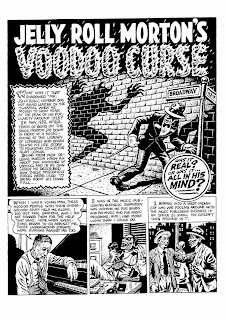 He was penniless when he died, just as the French, and others, were spearheading traditional jazz revival.

He was wildly egotistical, much like his contemprary Houdini, and could be stridently unpleasant. He never loved anyone as much as he loved himself.

Then, of course, there's the music. The music speaks for itself: it is the work of a genius. My favorite is the JSP five- disc box set: Jelly Roll Morton: 1926-1930, featuring the Red Hot Peppers orchestra recordings.

Granted, this is re-mastered, and JSP does great re-mastering, but really, the sound on this is unbelievable. This is one of the many things about Jelly's recordings I find astonishing- with the exception of the Gannett recordings, they are all beautifully recorded. You can really "hear the room." All the instruments are crystal clear. And it's 1926! Or 1927! Lots of the tunes from this era can be heard here: http://www.redhotjazz.com/redhot.html.

It's amazing to me how much the stories of the earlier twentieth century black musicians have been mythologized: Robert Johnson, Jelly Roll Morton, Blind Lemon Jefferson, even Charlie Parker, among others. And it's still going on- Michael Jackson. Hey, look at Elvis, and he's not even black. Amazing because it's really the music that lives on, not these crossroads myths or the Voodoo- inspired variations of the Stagger- Lee stories. Fun as they are, they're stories. The music is real.

And that's why Jelly Roll Morton matters: because that music, that amazing American music is SO real. All you have to do is listen.

Posted by Bret Littlehales at 10:45 AM

Thanks again for a very informative and well-written post. As usual, this is a great read!

Wonderful writeup about one of my all-time favorite artists. I love listening to the unabridged Lib. of Congress sessions, hearing Jelly Roll talk about the old days is as "musical" as the music itself!
-Steve