I went to visit some old friends yesterday at the Baltimore, Maryland Comic Book Convention (not sure if that's the real name, but it is what it is), had a great time, was mystified and came home.

Of course, the strangest aspect of these conventions is the complete willingness of adult  fans to dress in the costumes of their favorite super heroes/ heroines/ movie characters/ monsters. In the context of the convention it almost seems normal, after a while, if you don't think about it much.

In the context of real life it's arresting, and indicative of the times, I guess, where no one really wants to be who they actually are, at least not all the time. Who can blame them?

Armed with my trusty Lumix Panasonic (with its Leitz optics) I took a few snaps. 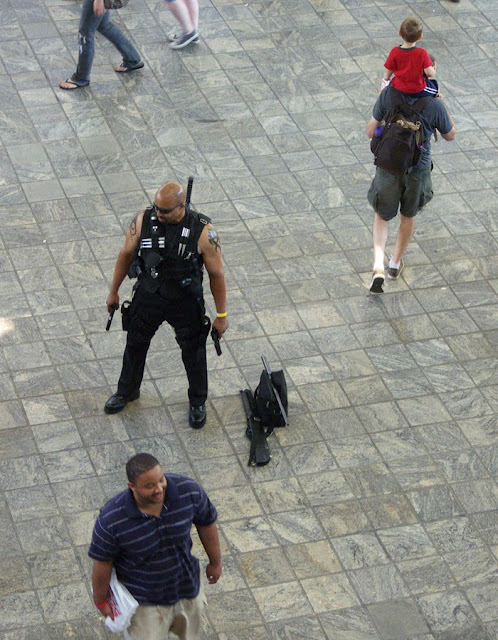 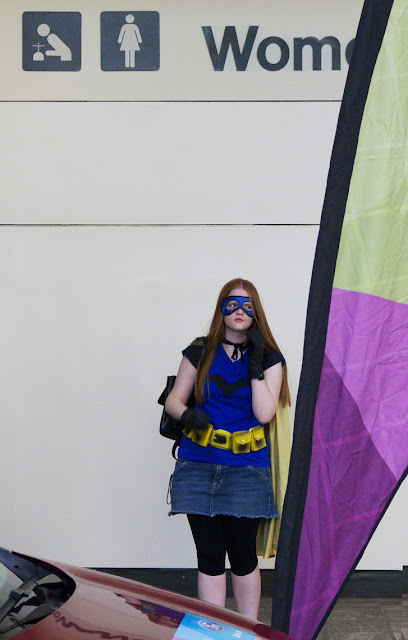 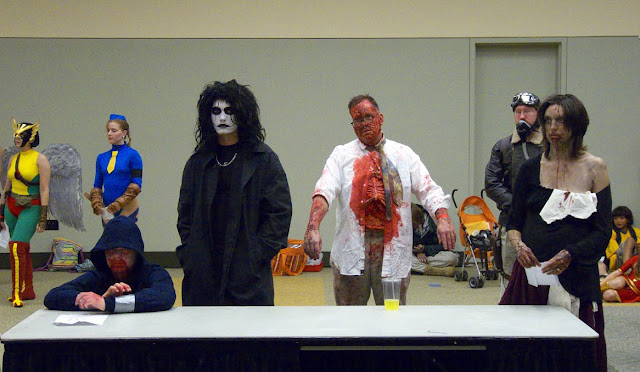 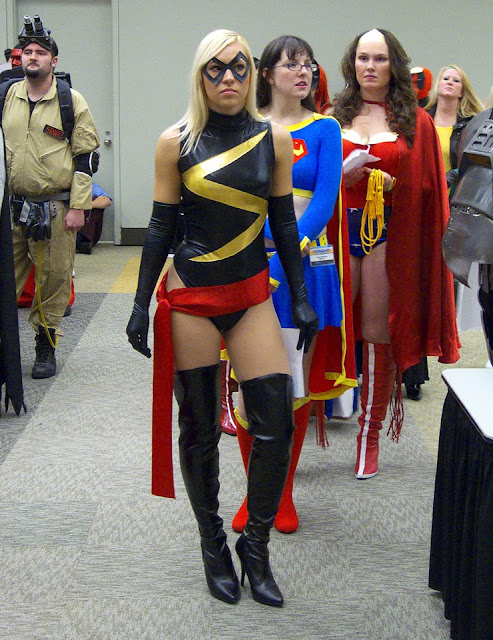 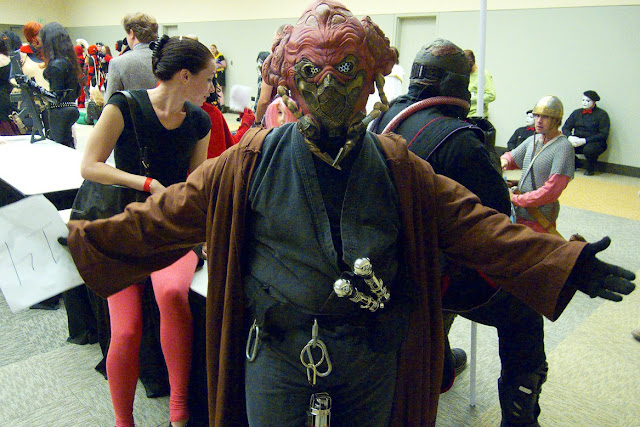 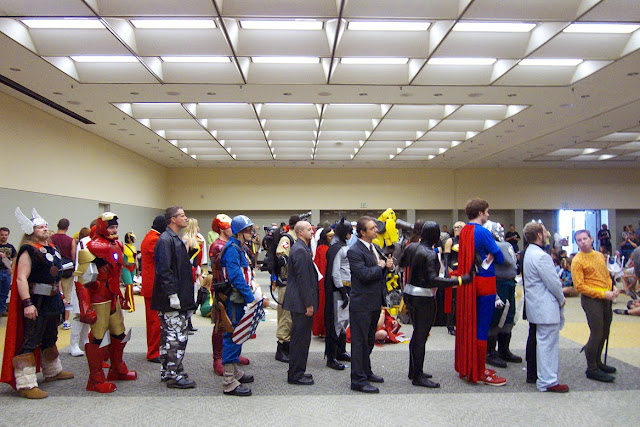 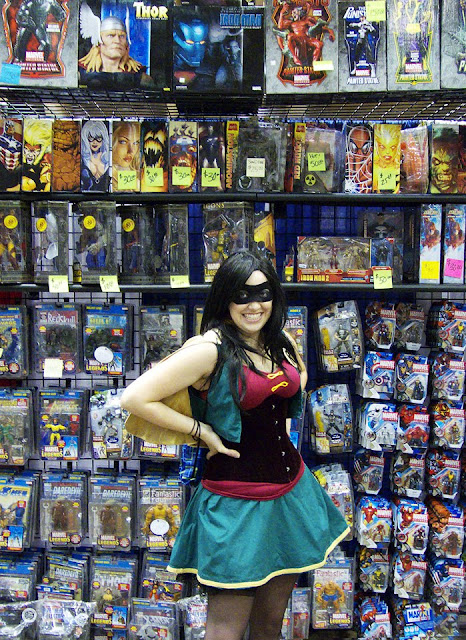 Posted by Bret Littlehales at 9:49 AM

Wow these Pix are great! An insane but somehow beautiful sense of human expression.