I'm With The Band

A series of New Orleans- related band pictures, from the Louisiana Digital Library: 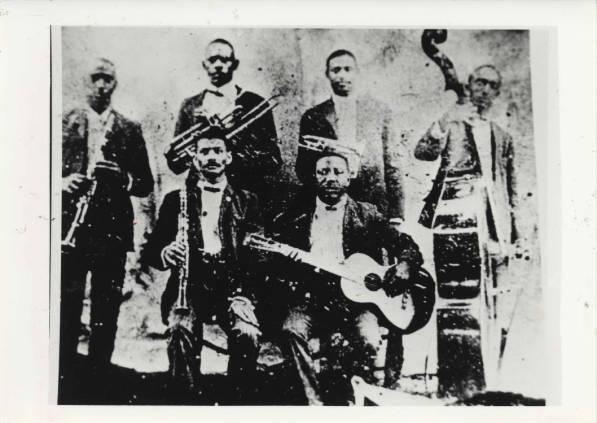 Buddy Bolden's Band, with Buddy 2nd from right, standing. I've seen this photograph printed the opposite way as well: no one seems to know which way is correct. Half the instruments are held backwards in both versions. 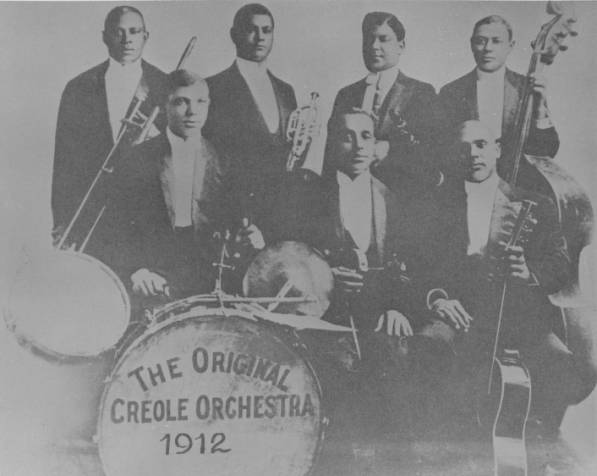 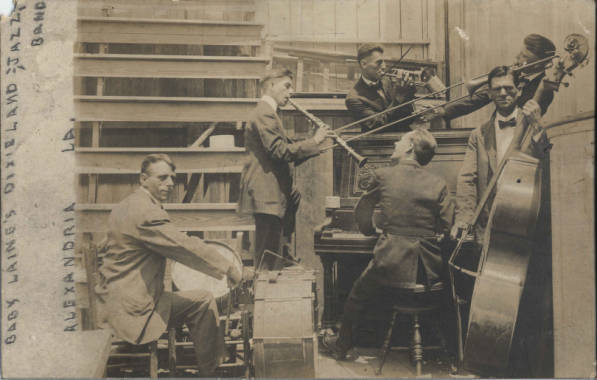 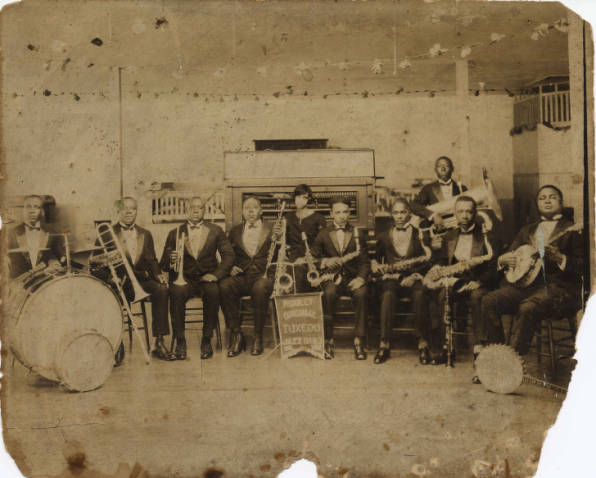 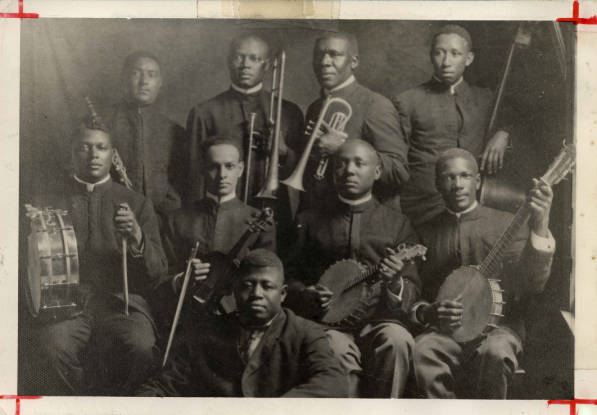 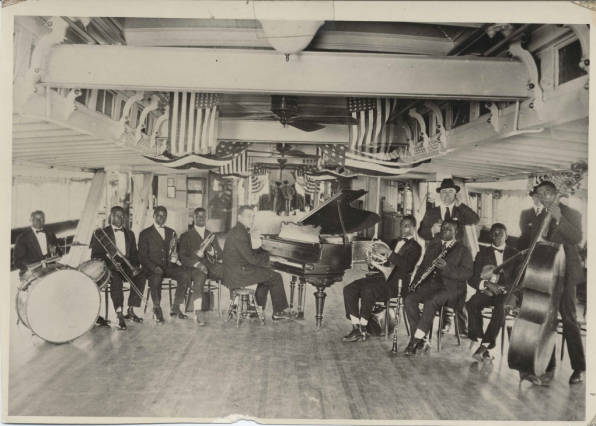 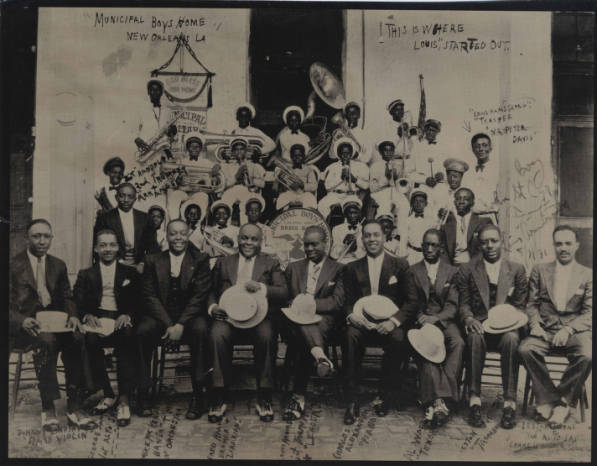 Louis Armstrong's Orchestra with the band from the Municipal Boy's Home, where Louis learned to play. 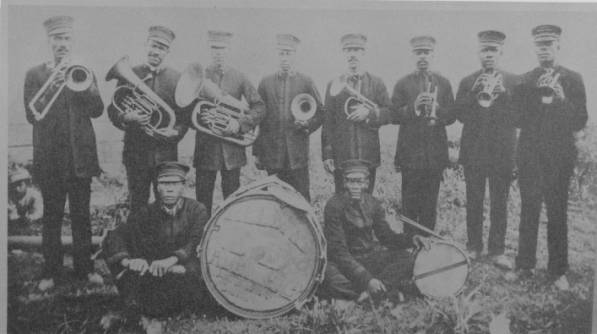 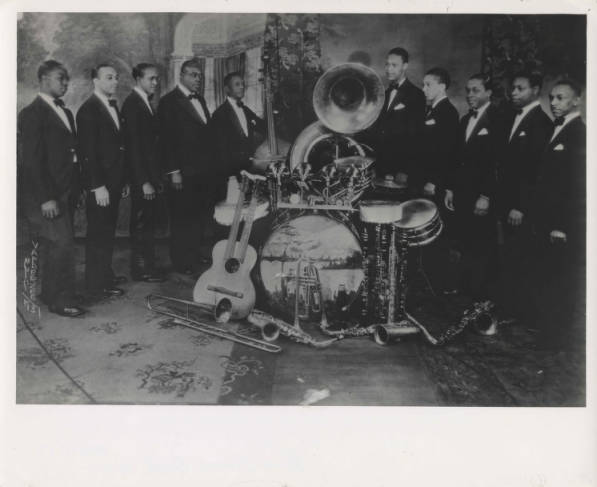 I think this is Joe Oliver's Band, but I lost the ID- oops! 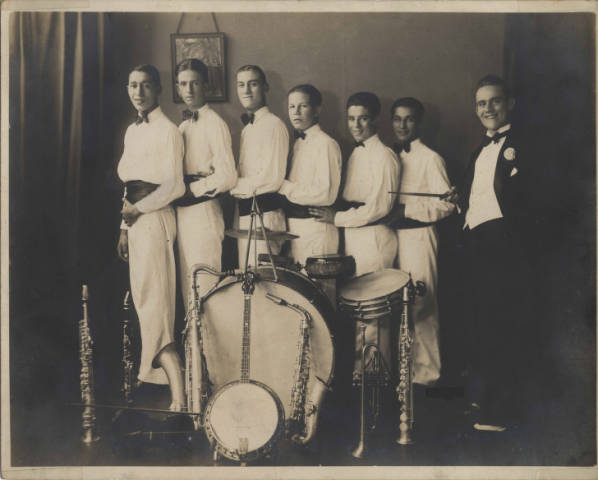 Louis Prima's Band. Prima is on the left 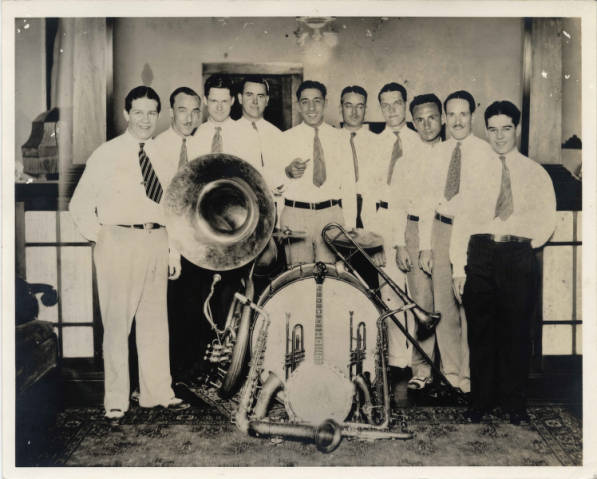 Prima's Band again with Prima in the center. Stacking and centering the instruments seemed to be the thing to do in these pics. 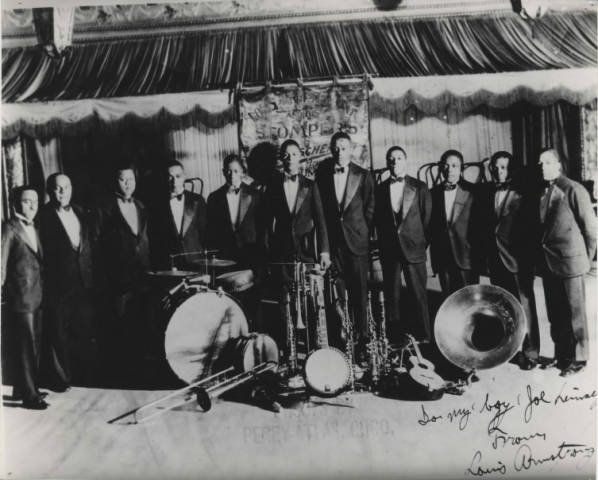 More Armstrong- he had such cool band pics! 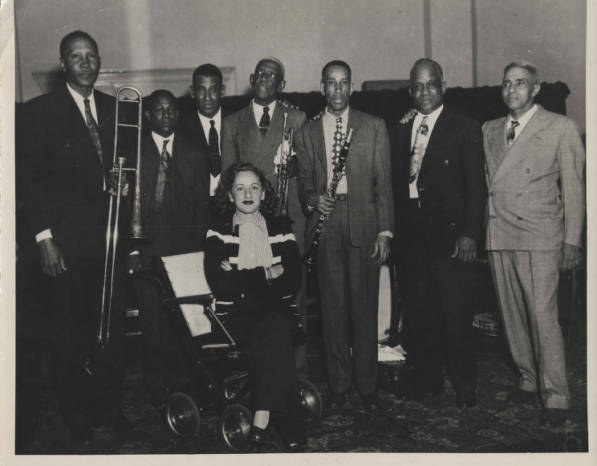 Posted by Bret Littlehales at 10:33 AM

Semi-related to the pictures, I don't know if you heard about the new film about Louis Armstrong?

It is a silent film and Wynton Marsalis and members of the Lincoln Center Jazz Orchestra provide the soundtrack.

The film has been touring with the band playing live to accompany the film. It played at the Strathmore in Bethesda a few weekends ago (sadly I missed it).