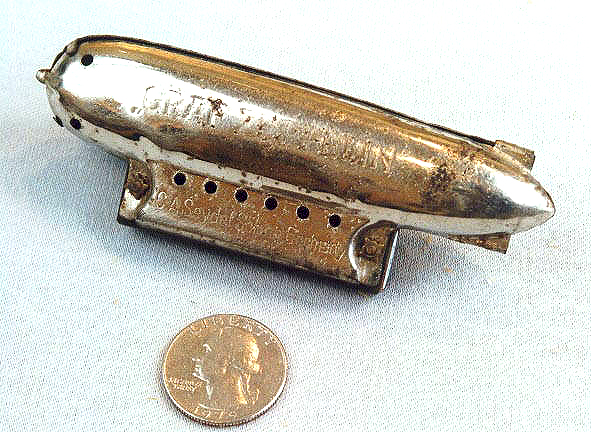 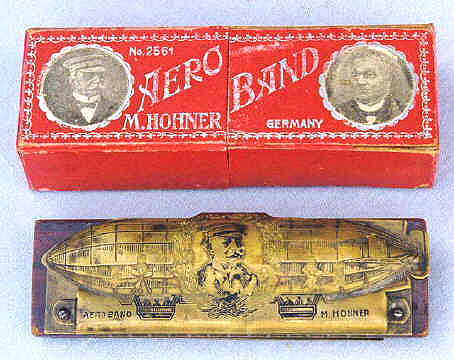 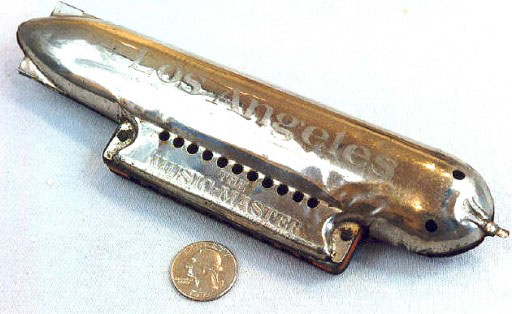 I think I'll sit in my back yard and play my harmonica.
Posted by Bret Littlehales at 11:51 AM

I believe that is a portrait of airship inventor Ferdinand von Zeppelin on the Aeroband harmonica cover.

I would add -- tho' no one's asking -- predator drones to the things we actually have instead of, uh, restaurants on the moon, which I think we probably all wish we DID have.