Edgar Rice Burroughs' most famous creation Tarzan of the Apes came in many forms: books, movies, radio and in the comics. I discovered Tarzan through a wonderful book my father had and passed onto me. The reason the book is so great is not just because of Burroughs' plot, which includes Tarzan's origin, but because of Hal Foster's drawings.

Foster (August 18, 1892 – July 25, 1982), who later became famous for "Prince Valiant", first drew Tarzan in January, 1929 for the comics section. He left the strip but came back In 1931 to draw only the Sunday episodes. An expert draughtsman and storyteller, Foster's panels read like storyboards for the best Tarzan movie never made.

Subsequent Tarzan artists (most notably Burne Hogarth) left their mark, but I never liked them quite as much.

Unfortunately, as in so much of the culture of the '30's, there are elements in these strips that I thought unconsciously racist and for that I apologize in advance. One hopes these elements will not hamper your enjoyment of Foster's line too much.

Years later I saw a copy of a Conan comic in which John Buscema inked his own pencils. There it was- that great Hal Foster look. Obviously John loved Foster's run on Tarzan as much as I did! 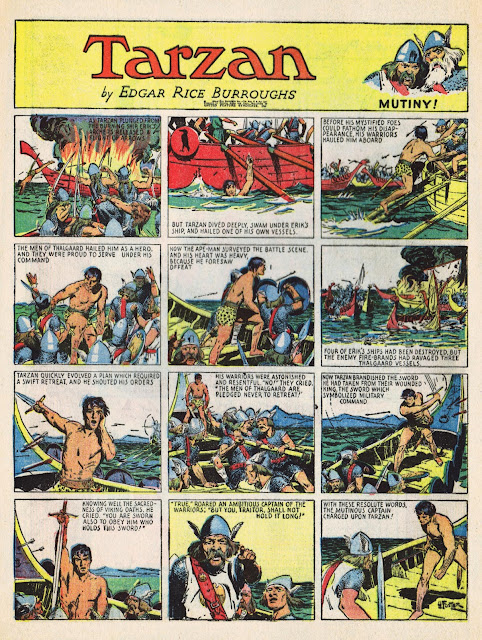 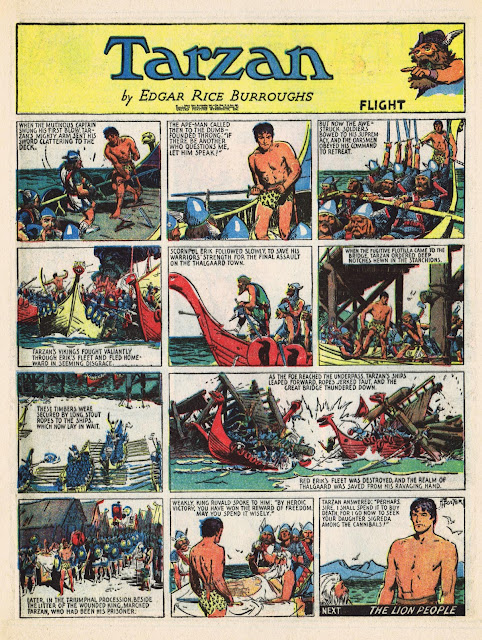 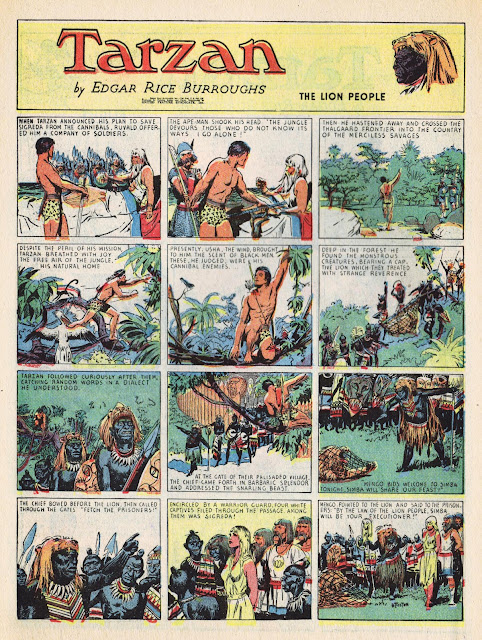 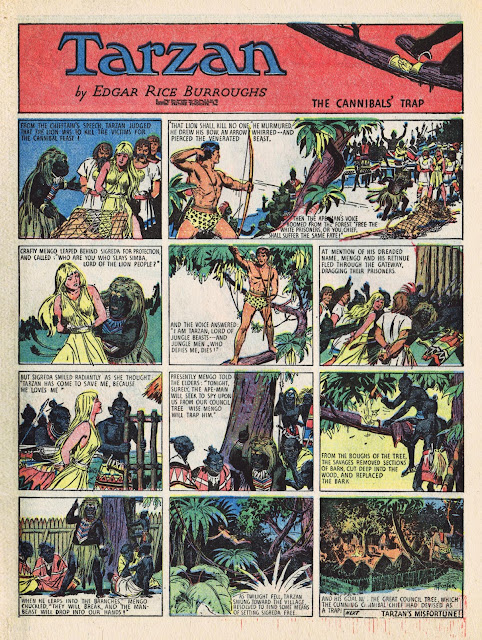 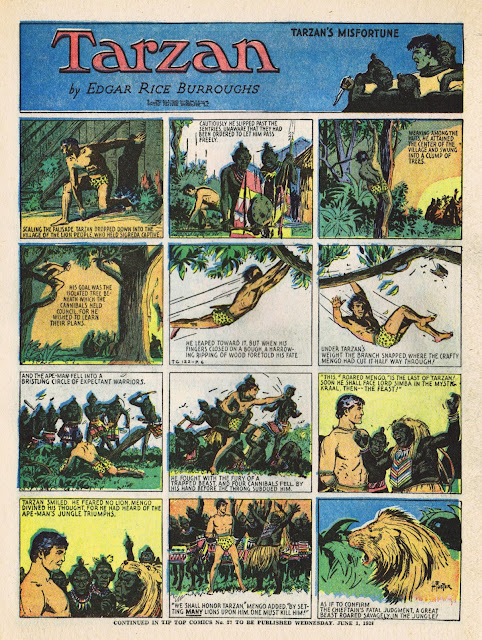 Posted by Bret Littlehales at 10:37 AM