Xmas in a Primitive Land

New Orleans, or, as longtime L by L followers know it, America's Greatest City, never ceases to amaze me. Here we are, six years since a devastating natural disaster that, according to Alaska senator Ted Stevens, should have closed the city permanently. Instead, Senator Ted got shut down and AGC is stronger and more amoral than ever.

So, why would I be surprised when I see over a hundred people dressed in strange variations on the traditional Santa theme? I don't know, but it still floored me.

They paraded down Royal, past the galleries and antique stores, past the toy soldier store and past Brennan's, home of the world's most boring breakfast, Bananas Foster (the one they set on fire if you feel like waiting awhile.) Yes, they even passed the courthouse which was rocking an invitation- only Xmas Party. They finally reached their destination at the end of Royal, set up a beatbox and danced their asses off (some even wore artificial asses.)

After watching all the pulchritude, I finally saw a beautiful woman slinking shamefacedly away from the crowd. "Are you okay?" I asked her. "I'm dying for a cigarette," she replied. "I don't want anyone to see me smoking." 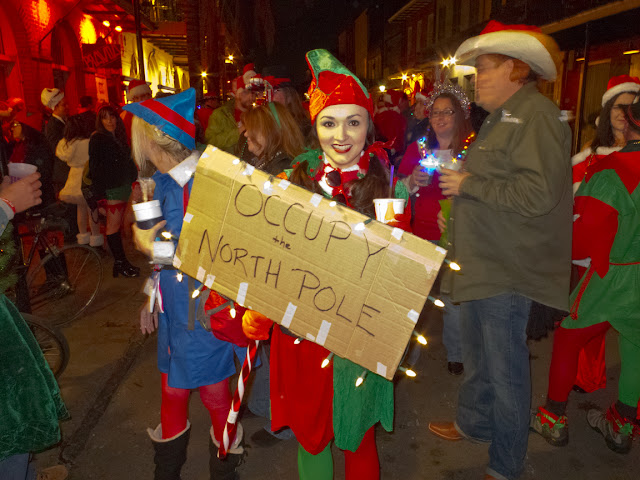 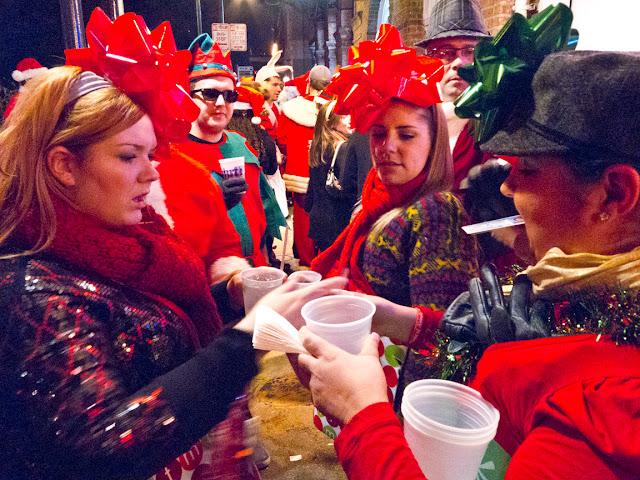 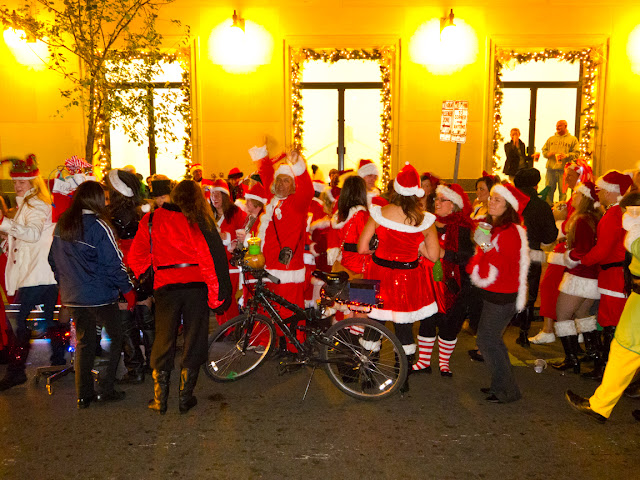 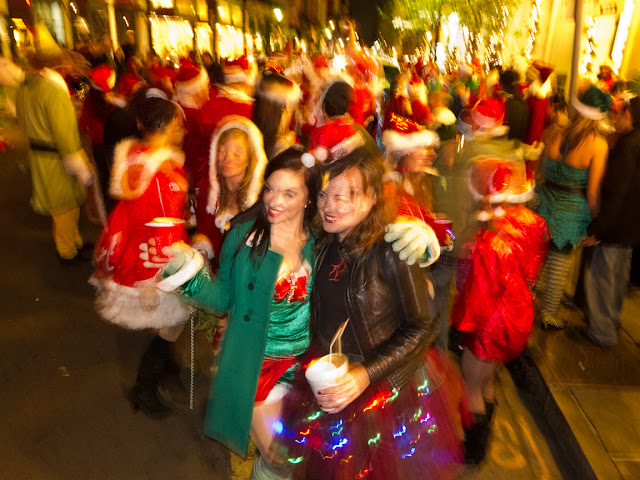 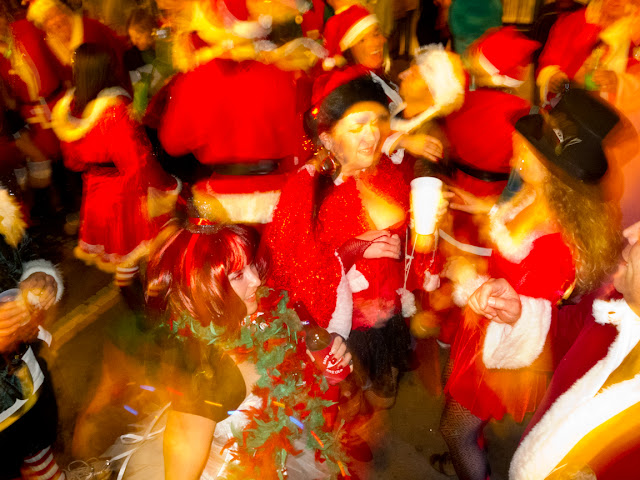 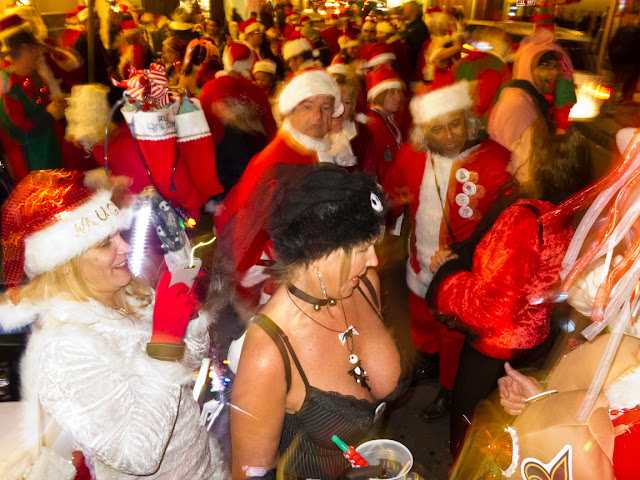 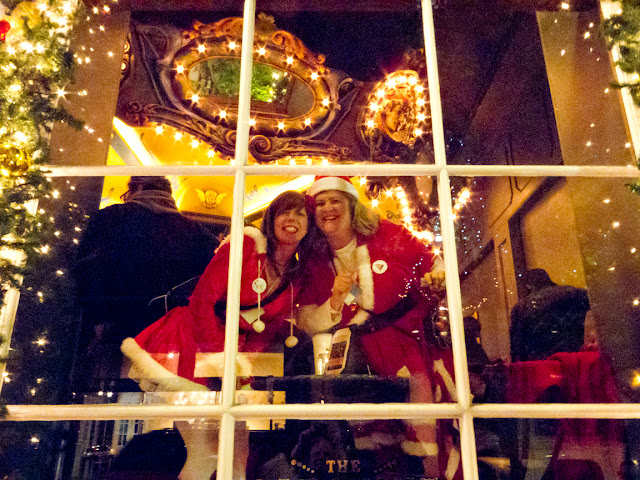 Posted by Bret Littlehales at 7:37 PM