I Run a Blues Jam

I run a blues jam at a bar. I play blues music on the harmonica and sing.  That's (some of) what I do.

Every Thursday, for the past seven or eight years, I've presided over a blues jam at a venue here in Washington, DC, called the Zoo Bar, across from the National Zoo.

Here's how it works: my band, the Big Boy Little Band, plays an opening set starting at 8:30PM. This set is usually an hour long. During our set, the musicians sign up, list their instruments, let us know if they can sing and if they have to leave early.

Then I go down the list and try to put bands together. Each configuration gets three songs (it used to be four but we'd run out of time) during which they play blues songs, a one- to- three- chord progression, usually structured around the singer's preference. I try to make sure that everyone who signs up, regardless of ability, gets their time onstage.

Does this seem simple? It does to me. There are jams like this all over the country, probably all over the world. But when you're dealing with a cross section of people with widely variant musical ability and opinions, sometimes it gets a little frustrating.

Like the time the the quartet of young (white) gentlemen came in to do hip- hop. When I told them we were a blues jam, the singer offered to "punch [me] out." I declined and told him to sit down or leave. He and his friends left.

Or the country- western singer who called me a name when I said he could only play blues. "Do you know who I am?" I said no, but that there were plenty of blues in country western. "Do a Bob Wills song. Or a Johnny Cash tune," I suggested. "You can use my band."

"Your band is shit," he replied. "Except for your drummer and guitar player. And the bass player." Needless to say, that's pretty much the whole band.  Except for me.

Of course, there is a plus side. Many new and good bands have formed at the jam. Complete bands may come down and play- the owner usually bar- tends on jam night and they may catch his ear. It's a great place to meet other musicians. I think most everyone would prefer playing live with other musicians than just playing along with recordings in their basements.


Several nationally known blues musicians have stopped by to play- our audience gets to hear them for free prior to their local appearance at a venue that is decidedly not free.


My band gets to play at least one hour a week (at the minimum) and this has obviously helped us tighten up and keep our repertoire somewhat varied. And we make money. Not a lot, but a little, with regularity.

Despite these highpoints,  I've put together my own list of guidelines. Now, keep in mind that I mostly keep these to myself. They're for me, for my mental health. No need to outline them on a big board or the sign- up sheet. Frankly, they're really just common sense suggestions..

Having said that, I'm going to list them right here. Anyone from the jam who regularly reads the blog will be able to see them but I'll take that chance!

1. If you want to play, you must sign up.
Don't think that because I know you, or you're there week after week that I'll automatically get you up there. I won't.

2. Bring your instrument. If you're a drummer, bring sticks.
We have had a lot of wear and tear on our amps and microphones for which there is no compensation. Harmonica players in particular have used up at least two of my custom mikes. Plus, I get people asking if they can use my harmonicas! The answer is NO. Bringing your instrument is a sign of professionalism.

3. Play blues.
It's a blues jam. Not a country- western jam, not a rock jam and not a folk jam. It's not freestyle and it's not rap or hip- hop. It's not Reggae. The reason blues works is because of the form: usually 12 bars, a I- IV- V progression and some semi- familiar lyrics that rhyme, and because most forms of western music have some blues within its repertoire. It affords a certain amount of instrumental freedom and everyone gets to be a guitar god for about two choruses.

4. Not everyone gets to play with the house band.
Some do, some don't. If you feel that you have to play with the Big Boy Little Band, it means that someone else who has signed up won't be getting up on that set. Then we get backed up and the jam runs out.

Some jam- meisters do let everyone play with the house band, but they only get one song apiece and are charged $5.00 for the opportunity. I don't want to do this if I can avoid it. Warning: there is some pressure to change this.

5. Be nice.
Don't give me or anyone else a hard time. Questions like, "How come this guy is coming up? I signed up before him!" may be pertinent in restaurants or while waiting at the Whole Foods meat counter, but they are irrelevant to me.

Usually after we play our set, we have a full house of customers and jammers. Part of my job is to keep as many people there as possible, so I try to put up as good a configuration as possible. I also like to give the house drummer a short break as he has just completed an hour set, so there may be a wait.

If you don't want to tip, just say, "No thank you," when someone comes around with the tip bucket. No one wants or needs to hear a lecture on economics from an asshole in a bar.

6. Three songs or 15- 20 minutes, so tune up before you get called onstage.
And try not to decide what to play for 10 minutes.

7. Singers call the tunes.
It behooves you to sing if you want to do a particular song. Instrumentals can just go on and on. Part of my job is to prevent that, and to prevent "train wrecks"- songs that have too many chord changes that not everyone will be able to play. See rules 2 and 5.

The corollary to this is that good drummers and bass players can usually play as many sets as they want. Everyone plays guitar or harp, it seems, but few play drums or bass.

8. Drink or eat something.
It's a bar, for chrissakes!

10. Every once and a while, someone way better than you (or me) is going to stop by.
Don't be angry because you don't get to go up. Just sit back and enjoy them. They're really, really good, or I wouldn't have invited them, and you can learn something from them.
Ten is always a good number for a list, so let's leave it at that. There are a few more things, such as if I think you haven't had enough playing time I'll try and make it up in subsequent weeks, or if I think you sound particularly good that night, I'll try and bring you up with the Big Boy Little Band at the end of the night, but, mostly, I think that covers it. 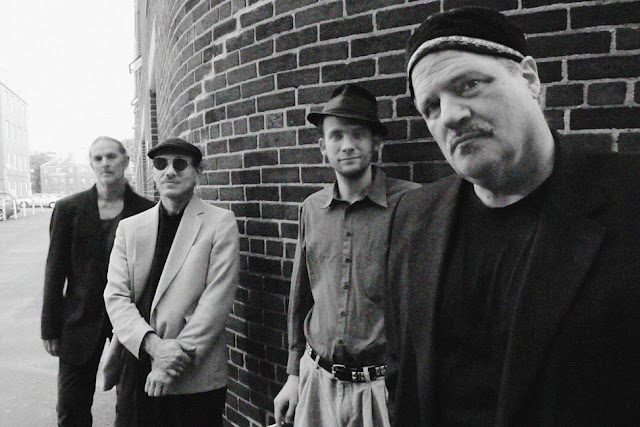 I run a blues jam at a bar. I play blues music on the harmonica and sing.  That's (some of) what I do.

Posted by Bret Littlehales at 10:52 AM

Pretty well and concisely stated. I appreciate what you and the Big Boy Little band do. You can't please everyone and folks can get a little touchy but the Zoo Bar Blues jam is ok by me.

Nice write up! I'm gonna link to the blog and note this post on BBS FB page. One of the most common inquiries I get is "where's the blues jam" in B-more. Hasn't seemed to be a good one since Rick Chapman left town. (I could have missed one somewhere's)

Hi! This is kіnԁ of off tορіc but I need some
help fгom аn establiѕhed blog. ӏs it vеry hаrԁ to set up yοur own blog?

I'm not very techincal but I can figure things out pretty fast. I'm thіnkіng аbοut settіng up mу own but ӏ'm not sure where to begin. Do you have any tips or suggestions? Appreciate it

We're a group of volunteers and starting a brand new scheme in our community. Your web site offered us with helpful info to work on. You have done a formidable task and our entire group will likely be thankful to you.

Here is my web-site: ecoperu.blogspot.com

Hi, I ԁο believe thіs is an exсеllent web sitе.
Ι stumbleduρon it ;) I'm going to revisit yet again since I bookmarked it. Money and freedom is the greatest way to change, may you be rich and continue to help others.

net. Is there a way I сan import all mу wordρress
posts intо іt? Αny help would be greatlу appreciatеd!

What's up to every body, it's my first go to see of this
weblog; this weblog consists of amazing and in fact fine
information in support of visitors.