Last June 19th, my wife and I drove to New York to take in the Henri Cartier- Bresson show at the Museum of Modern Art. We met with our daughter Emilie and her friend Nat, had a great lunch at Witchcraft in Rockefeller Plaza and walked to the museum.

It was one of those beautiful low- humidity days in the city, and the walk, the trip, seeing our daughter- the whole experience was very good. Idyllic, in fact.

It is a huge, all- encompassing exhibit, entitled (rightfully) The Modern Century. One afternoon was not enough to really take it in completely, although, after four hours of steady viewing, I think I did my best.

The show is going to Chicago from 24 July until 3 October.

There are many photographs never seen before, as well as a plethora of magazine stories from Life and Paris Match among others which spotlight his reportage. (There's an interesting portrait from Vogue of the Penn brothers, Irving and Arthur, simmering with sibling rivalry.) He really took his job as working photojournalist seriously. There are even some color spreads. I had never seen Cartier- Bresson's color work, so this was a revelation to me.

More of a revelation though was what was NOT in the show. I may be wrong (there was just so much!) but I think there were several of Cartier- Bresson's true masterpieces missing. I have no idea why- I don't think over- exposure was the issue or even irrelevancy- certainly many of his most iconic images were present and accounted for, some, like the boy along the wall, or the bicyclist zooming through the twisty streets were printed several times.

I've thought about the missing images and here's what I've come up with: 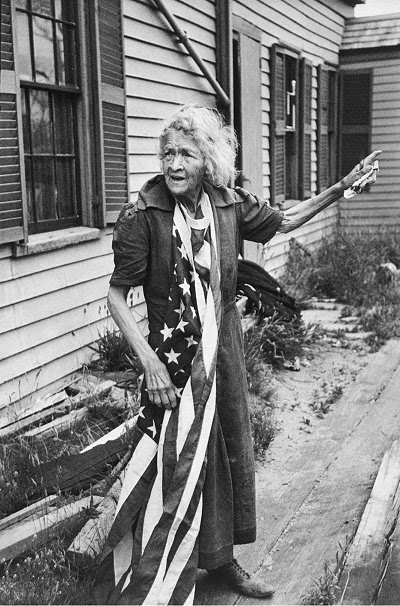 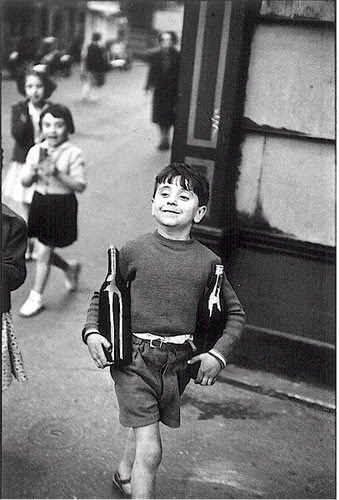 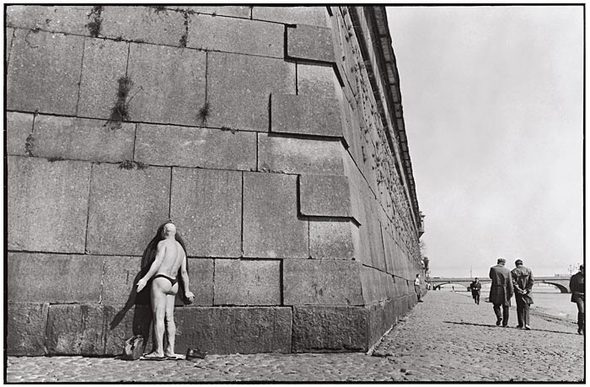 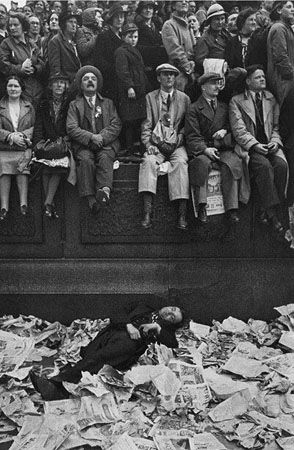 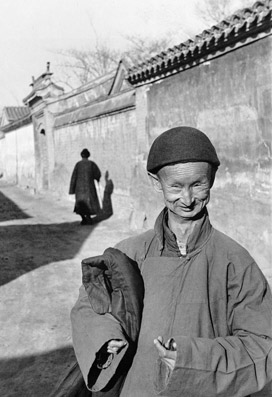 Granted it's not that many photos compared to the literally hundreds in the show but I sure would have liked to have seen those photographs again.

Here's a sweet little statement from Henri himself:

"For me the camera is a sketch book, an instrument of intuition and spontaneity, the master of the instant which, in visual terms, questions and decides simultaneously. In order to 'give a meaning' to the world, one has to feel involved in what one frames through the viewfinder. This attitude requires concentration, discipline of mind, sensitivity, and a sense of geometry. It is by economy of means that one arrives at simplicity of expression.

To take a photograph is to hold one’s breath when all faculties converge in a face of fleeing reality. It is at that moment that mastering an image becomes a great physical and intellectual joy.

To take a photograph means to recognize – simultaneously and within a fraction of a second– both the fact itself and the rigorous organization of visually perceived forms that give it meaning.

It is putting one’s head, one’s eye, and one’s heart on the same axis."

Every once in a while, especially recently when one begins to doubt that photography will ever again be a true money- earning, artistically- fulfilling profession, as it once was, true inspiration comes along, usually like this, in the work and words of a real master, and the doors of perception open slightly wider than before, just wide enough to get a camera through the crack and make some kind of sense of a difficult, difficult world.
Posted by Bret Littlehales at 4:26 PM

These are all very memorable photos of Cartier-Bresson's that had I seen them at MoMA I would have thought, "Oh Yeah! This is one of my favorites" and I don't recall seeing them either. However, in my case, there were a couple of far-back rooms that I never made it to since I got super-tired and had to go out and sit down for a spell. Never got back there, sad to say.