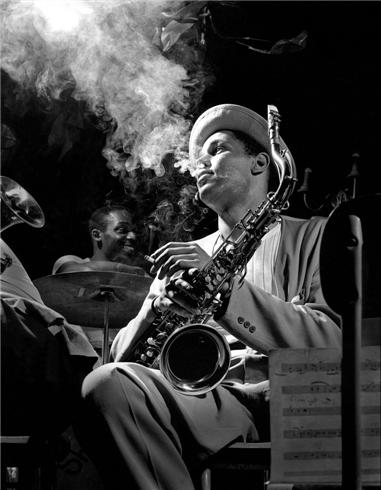 Both photographers, also along with others (Penn, Avedon, Frank, and Klein come to mind immediately) made images that transcended their labels and ultimately became art.

The portrait of Dexter Gordon above is a perfect example of the Herman Leonard approach. Shot on 4X5 black and white film, it's lit by several flash bulbs (I'm assuming this is a pre- strobe picture), placed by Leonard to give a theatrical light to a nightclub milieu. In other words, Leonard used his technique to give the impression that we're sitting in a smokey club listening to Dexter. This is what it's supposed to look like.

Of course, if this picture were not so rigorously composed and lit, if it were actually taken in a smokey club it would look nothing like what we see here. It would be black, murky, out of focus, assuming any image turned out at all.

Instead, we get a Leonard: back-lit, atmospheric, romantic, beautifully composed, compelling and easy in the eyes.

Mr. Leonard's own site, www.hermanleonard.com, can supply us with all the biographical information we need, so I'll just touch on a couple of things I think are important.

Herman learned lighting from Yousef Karsh, the Canadian- based portraitist. However, where some of Karsh's work is stiff and overlit, Leonard's is timeless and iconic. 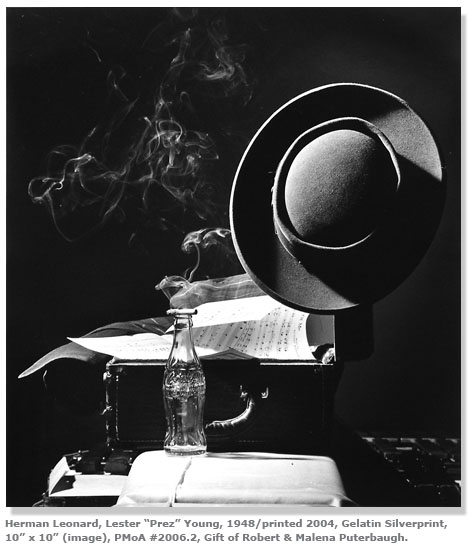 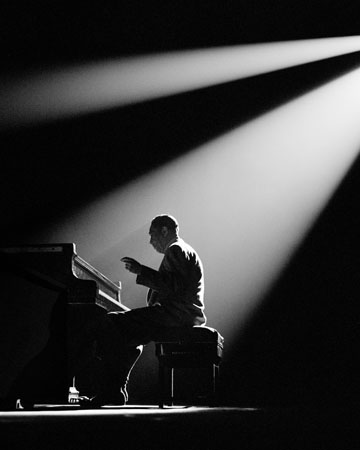 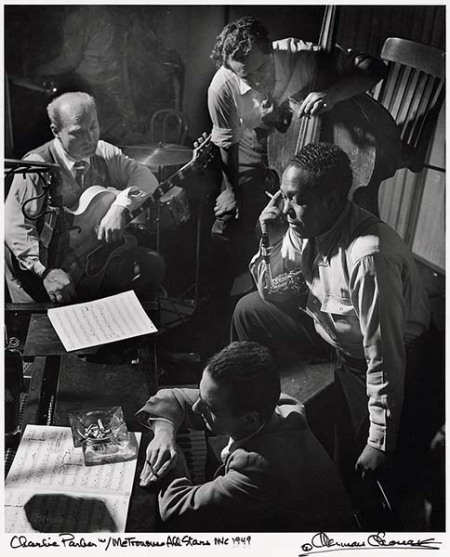 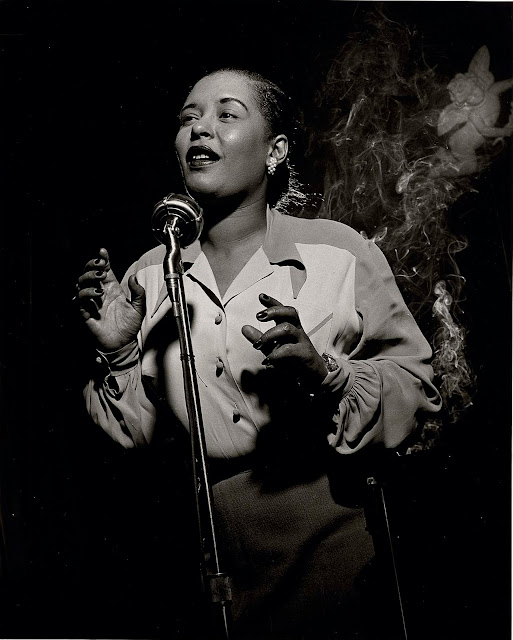 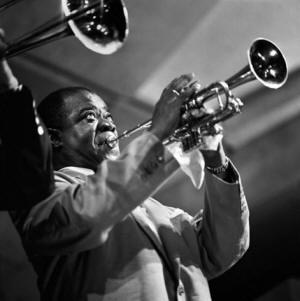 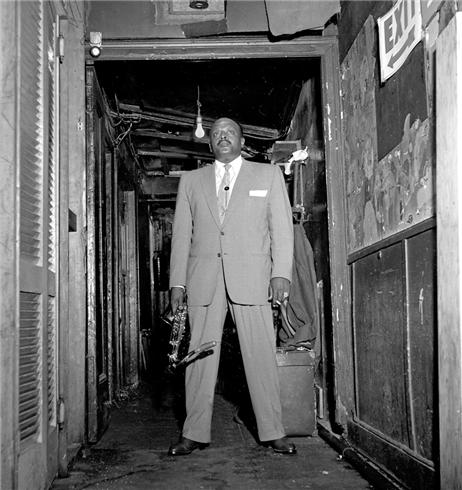 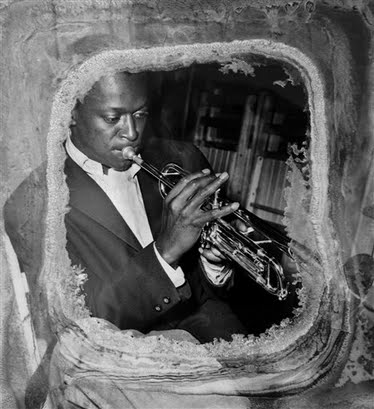 
After a peripatetic career here and abroad, Leonard moved to New Orleans (AGC) and began to create a new body of work. He was in his late seventies. In August 2005 Hurricane Katrine swept through and essentially drowned his massive collection of vintage prints.

Although his negatives were unharmed, stored in a vault at the Ogden Museum, it was too much for Herman Leonard, now 82 years old. He moved to Los Angeles to be close to his daughter and lived there until his death.

It was an amazing career, an amazing life, the kind that is impossible to live nowadays. Leonard was a photographer who shot from the inside out instead of the other way around. His work was imitated widely and it wasn't until William Claxton brought a cooler West- Coast- 35mm- based sensibility to jazz photography that the overall style of music photography changed. A change, by the way, that Leonard was able to embrace, unlike many of his peers. For great artists, seeing is seeing. Technique is simply part of the communication apparatus.

Whew. Jim Marshall and Herman Leonard in less than a year. Too much too soon.
Posted by Bret Littlehales at 10:06 PM

Thanks for sharing this. I know I have seen his work but have never, sadly, known his name until now.

According to his assistant, Herman couldn't see the smoke in Dexter's shot until he was in the developing room. He just knew.