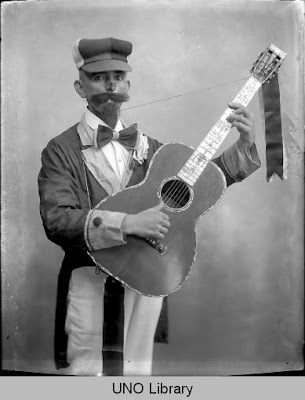 Man in Costume with Guitar
Frank B. Moore was a photographer based in New Orleans for more the sixty five years. Despite the fact that he was born in Minnesota in 1869, he certainly found his true home in New Orleans, which he chronicled from 1896 until his death in 1957.

Like most photographers he shot to make a living, and his commissions ranged from graduating classes to wedding parties, nudes in the Bellocq tradition (but not from Storyville) and individual portraits, groups and even the occasional interior. His work can be found in the wonderful Louisiana Digital Archive Collection, which seems to grow every time I visit.

Mr. Moore's work is a fine glimpse of a bygone era in a city committed to bygone eras. Some of it (like everything in New Orleans that ever happened) seems almost to be contemporary. 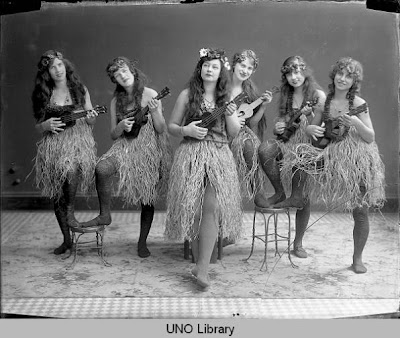 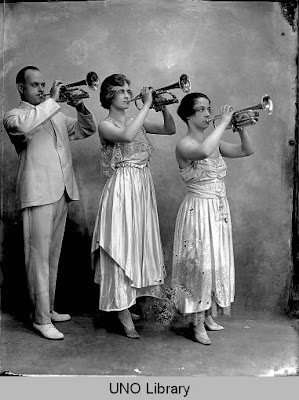 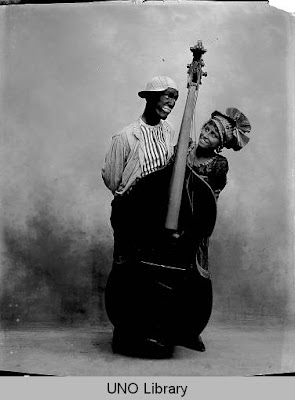 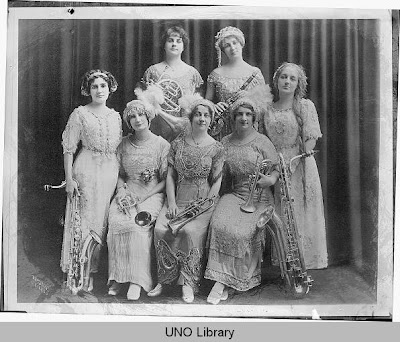 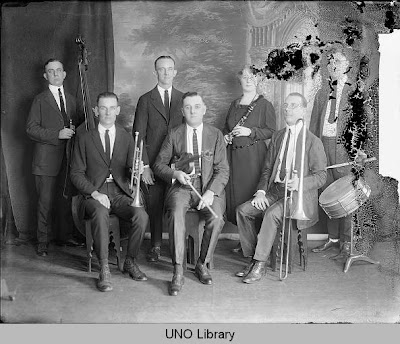 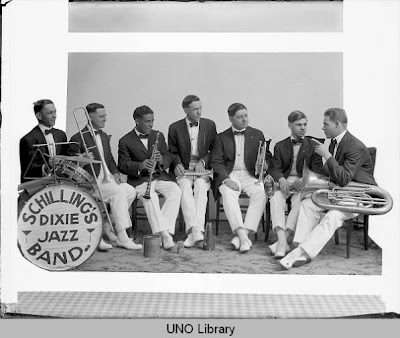 Schilling's Dixie Jazz Band, June 6, 1917
According to the notes, the gentleman playing clarinet is African American, which would make this one of the first integrated jazz bands ever. 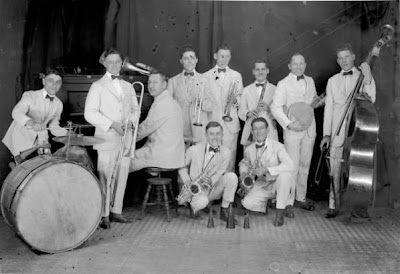 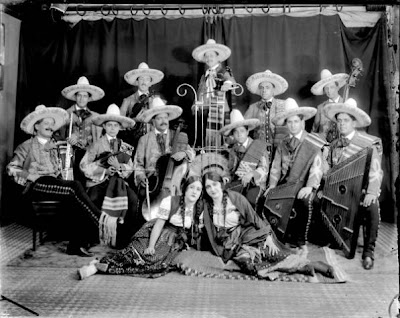 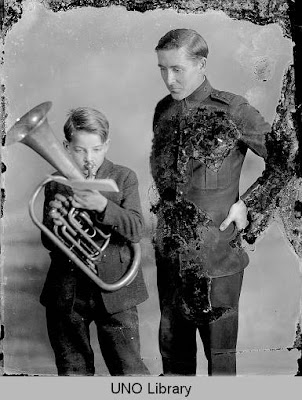 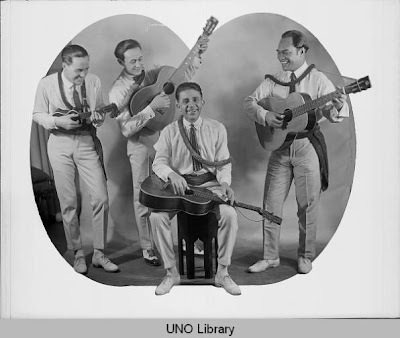 Four Musicians
The info speculates that these are Mexican- American musicians, but clearly they're Hawaiian

Mr. Moore has left us with a great gift- another glimpse of America's Greatest City, and another confirmation of the only- in- New- Orleans theory of being.
Posted by Bret Littlehales at 11:35 AM

wow! great pictures! and i love your captions!