Recently there's been two incidents, affronts really, that have surfaced in the news. 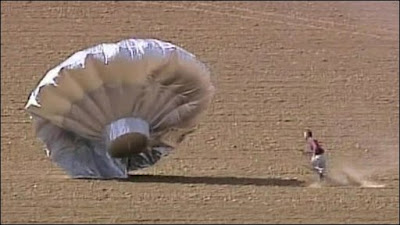 The first involves the family of the "balloon boy". To recap: six- year- old Falcon Heene was reportedly trapped in a large helium balloon built to resemble a UFO that travelled as high as 7,000 feet before it landed northeast of the Denver airport. Authorities tracking the balloon, worried all along that the boy may have fallen from it, recovered it devoid of passenger.

Falcon was found unharmed, hiding in the Heene family house. 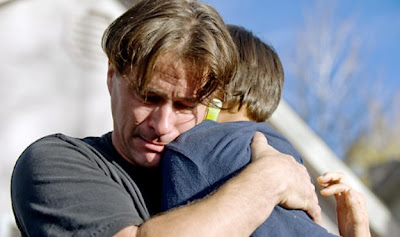 Heene pretending to have found his boy unharmed

As the story unraveled, it turned out that the boy's father Richard Heene had engineered a hoax, purportedly to get the family onto reality television. (Richard had been on some show and enjoyed the resultant publicity.) His wife Mayumi was involved, and they were both finally sentenced to jail time and must pay severe fines.

The second case involves Tariq and Michaele Salahi, a Virginia couple who crashed a high- level White House dinner and then wrote about it in Facebook. Again, to recap: the Salahis, a dubious "socialite" couple were candidates for a proposed reality television show (hmmmm) involving the housewives of DC, in the "Housewives of Orange County" mold. Mr. Salahi, an owner of a very much litigated now bankrupt winery, married Mrs. Salahi in a lavish wedding back in 2003. Since that time the couple has lost most of their money, but not their desire for the lush life.

So, on November 24th, 2009, they decided that since they had no valid invitation to a White House dinner in honor of Indian leader Monmohan Singh, they would just go and see if they could get in anyway. And they did.

In a monumental breach of Secret Service protocol, the Salahis waltzed in, got their pictures taken with a bunch of famous folks and waltzed out with no one the wiser. That is, until they posted pics and bragged about their triumph in their Facebook entry the next day. 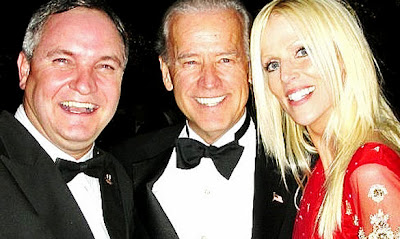 The Salahis with Vice- President Joseph Biden
Two cases of arrogance, stupidity, cupidity and utter hubris, not to mention greed and rampant disregard for others.

The Salahis have not been charged (yet), and the Heenes are going to jail. But isn't there a better punishment for the two couples? I think so, but unfortunately it's been outlawed in this country since 1905. 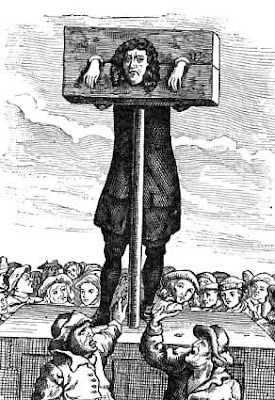 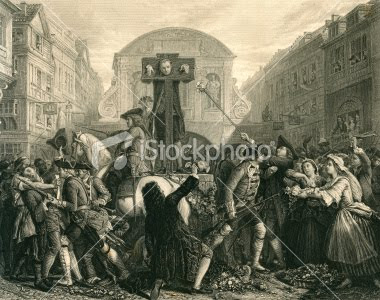 The kind they put pilgrims in. The kind they locked you into in Medieval times. You know, then they'd tickle your feet (actually that's more of a pillory but what the hey) or throw vegetables or even rocks at you . I'm not saying that we should throw rocks at the Heenes or tickle Michaele Salahi's feet, but I bet you a few hours in the stocks would teach these morons not to watch so much reality television.

The stocks could be set up on the National Mall, right near the Merry- Go- Round. A guard could be posted in case things got out of hand. Those food and souvenir trucks could sell rotten vegetables or eggs and then people could throw them. Or maybe yell pejoratives at the unfortunate couples.

Some choice media coverage, a few You Tube videos and the whole thing is over. Case closed.

And why stop at the Heenes and the Salahis? Remember the Runaway Bride? And how about the producers of these reality TV shows? And all the people who became dubious personalities as a result? Like everyone who was ever on "Road Rules", for instance. Or any politician caught in a humiliating hypocritical position, like Governor Sanford of South Carolina. Or Senator David Vitter of Louisiana. The list goes on and on.

After a few stock punishments you'd see a real decrease in hubristic criminality. And wouldn't that be a relief?
Posted by Bret Littlehales at 1:44 PM

I agree with you! I think these people should be publicly humiliated. This should come back in as a form of punishment.

how about tarring and feathering? They really knew how to do things like punishments back in the olden days.