Back on December 31st, I wrote a blog titled "The Future Is Now", which you can see by clicking the title of this entry, above.

Today I discovered Buckminster Fuller's Dymaxion House. The house, conceived around 1929 but not acrtually realized until the'40's is a metal structure, designed to be cheap, portable (!) and liveable, at least for a family of four. I had never heard of the dymaxion concept, reputedly a word made up by Buckminster Fuller from his three favorite words: dynamic, maximum and ion. I didn't think anybody's favorite word could be ion, but apparently it could. 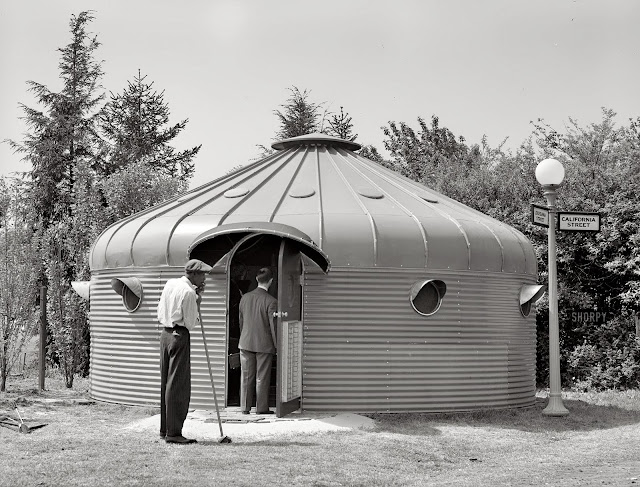 This one was located in Kansas City, on the corner of Louisiana and California Streets.
The idea was that it could be packed into a large tube, and easily carried to a new location. 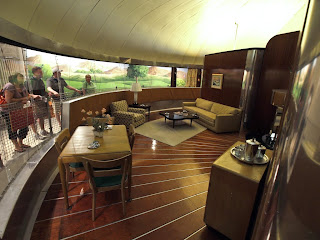 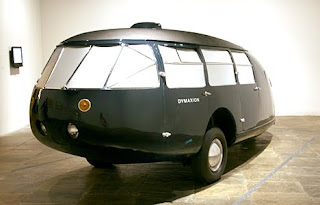 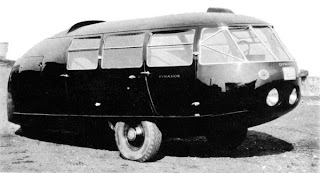 Hey! Are these cool or what? "What" is right! As in what happened to the future? It's as if the future was here for a little while: we walked on the moon, Buckminster Fuller invented portable houses and cars to go with them, not to mention geodesic domes, and I honestly remember seeing footage of soldiers wearing experimental anti- gravity rocket packs.

Now the closest we come is that bubble outfit of Lady Gaga's. 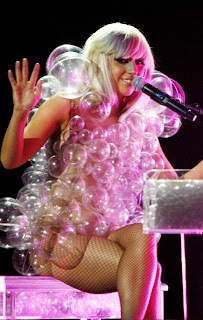 I want my future back!
Posted by Bret Littlehales at 11:01 PM

Gosh, you are so right! We had such vivid and interesting ideas of what the future should be like back in the day.