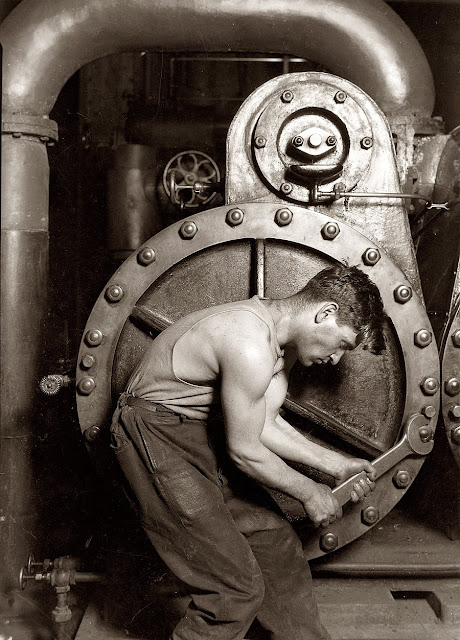 This is one of my favorite photographs ever. Long before I even knew I was going to become a photographer, I loved this photograph. The composition, the clarity, the overall technical excellence of the shot, not to mention the "Men at Work" subject matter, has influenced countless photographs of mine throughout my thirty year career.
The picture is by Lewis Wickes Hine (September 26, 1874 – November 3, 1940), who did not take pictures because he was an artist or because he was even a professional photographer. He took them because he wanted to change the world for the better. And so great was his passion to do good that he became one of the greatest photographers in the history of the form.
Hine was a schoolteacher appalled by the conditions under which children were forced to work in the early part of the 20th century. He was particularly incensed by the fact that the laws offered no protection to children, and generations were growing up exploited, unschooled and illiterate, if they were able to grow up at all.
He felt that if he could show these conditions to the people of the United States, steps would be taken to protect children from this kind of life. As it turned out, after years of straightforward unblinking photography, he was correct. In 1916 Congress passed the Keating- Owens Act which placed enormous restrictions on the use of children under the age of fourteen in the workplace.
After that he worked the Red Cross during World War I, and subsequenty undertook his next great project, a photographic document of the construction of the Empire State Building, published eventually as "Men at Work."
Sadly, Hine died in extreme poverty in 1940 after losing his home to a mortgage company. The great documentarian was unable to find work as a photographer.
Here's a selection of my favorites of Lewis Hine's breathtaking work. Somehow it resonates today more than ever as the middle class in America struggles to get their voices heard during these economically stressful times. 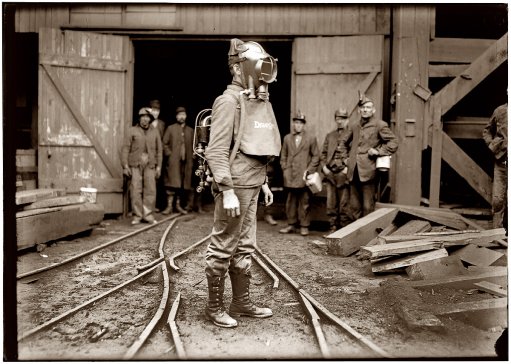 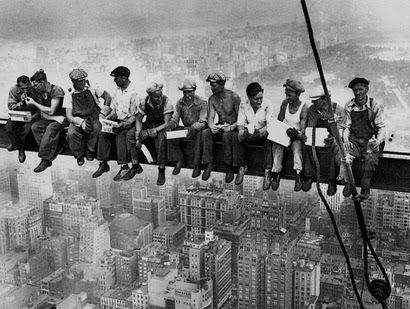 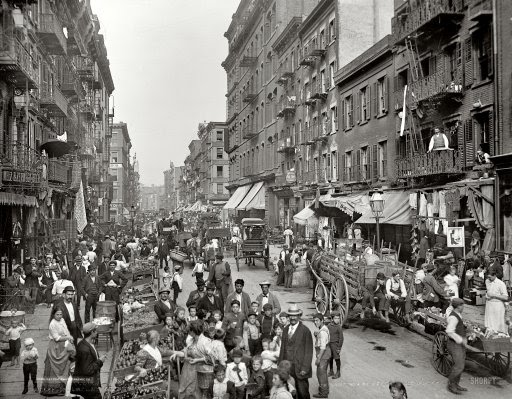 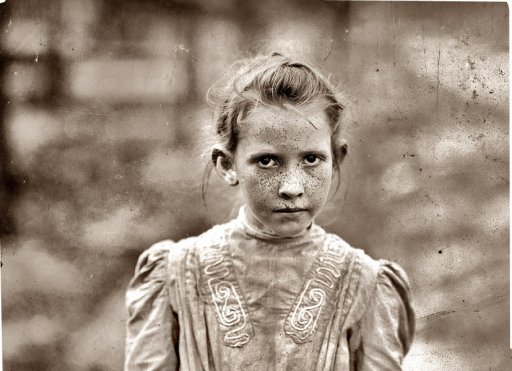 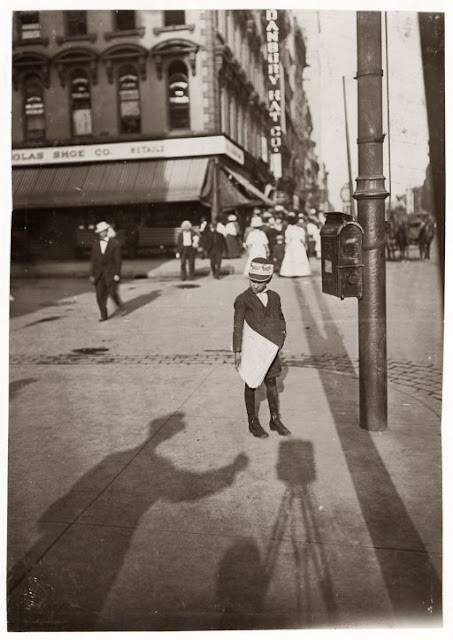 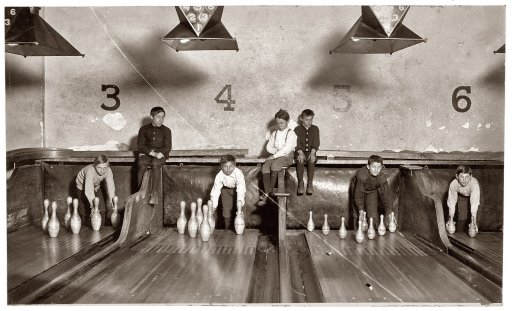 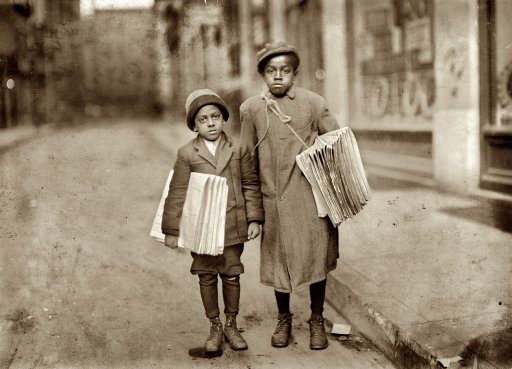 Posted by Bret Littlehales at 2:45 PM

Man, oh, man-- they're all great, but that last one is really haunting. Skinny little legs and arms barely long enough to hold the paper.