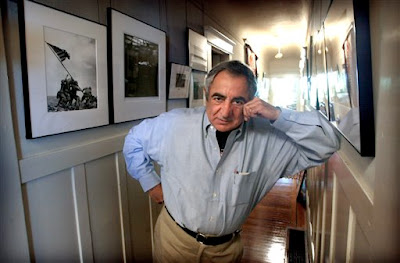 Jim Marshall (Feb. 3, 1936- March 23, 2010) combined the professionalism of the best of the post- war photojournalists with an insider's feel for the changing culture that became the '60's.

He created an entire genre of photography: music photography. Before that, there were jazz photographers, and glamour photographers, all masters (and mistresses) of their craft. The work of Herman Leonard stands out because of his staged lighting and classical composition, as well as his access. Leonard, in his pictures, is present: backlit flash, smoke, slight fill- there's got to be at least two strobes, or more likely flashes in all of those beautiful iconic pictures. A more organic jazz photographer, William Claxton used mostly available light, but he too is in control. Used to photographing jazz musicians, these photographers plied their trade respectfully, carefully. Most were clearly in awe of the talent in front of their lenses. 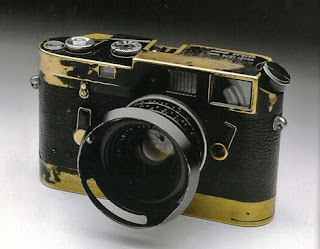 Irascible, cantankerous, abusive- these were the adjectives most used to describe Marshall. He carried a gun. He yelled at people. He held grudges for years. He could get away with this because he was a genius, not just as a photographer, but he also possessed an uncanny instinct for being in exactly the right place at exactly the right time.

The Beatles' last concert, Monterrey Pop Festival, Woodstock, San Francisco's coming of age as the flower of the Hippie culture. He was right there. That great picture of Hendrix with his arm outstretched- that's Jim's. Eventually, that's how we're going to know Hendrix- from that picture. Johnny Cash giving the finger to the camera, Bob Dylan rolling the tire, Janis Joplin on the hood of her psychedelic Porsche- all Jim's.
He didn't light, he didn't contrive, he shot what he saw. His method was so dangerous, in terms of deadlines and publishable pictures that Annie Leibowitz constructed an entirely new approach based on safety and concepts refined in an editor's office, as in, "Well, since they're the Blues Brothers, let's paint their faces blue!" None of that was acceptable to Jim.
What he asked for, demanded really, was total access. Complete and total freedom to go wherever he wanted and shoot whatever he wanted. This is not possible today. Rock stars, indeed all figures in their world of entertainment are rendered inaccesible by their management. Jim stopped shooting rock because of this. On the other hand, since he had already made the greatest shots of the greatest talents at the greatest time, he didn't get too upset. 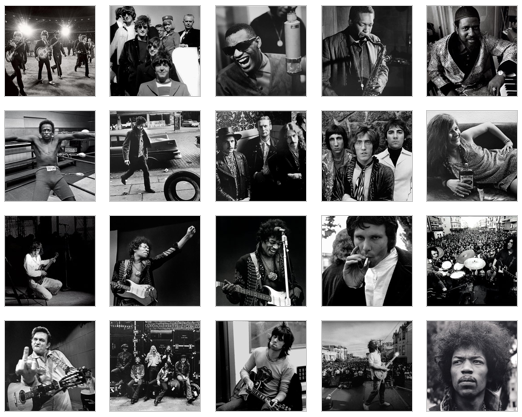 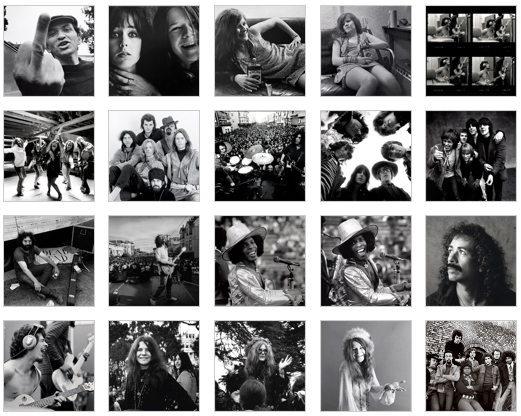 Out of respect for Jim, I'm reproducing them exactly the way they're reproduced on his website: small, cropped and generally non- reproduceable. These images are all for sale. Checkout the link at the top of the blog.

Jim Marshall, unlike many of the iconic performers he photographed, made it to 2010. He was 74 years old, older than anyone who knew him thought he'd get to be, but young enough to think, too soon.
Posted by Bret Littlehales at 12:07 PM

Wow, he really captured the generation, didn't he. They are beautiful pictures.

There's something wrong with this gallery, that of course being that there is a distinct paucity of pictures of Roger Daltrey.

But there are some...