She Got My Irish Up 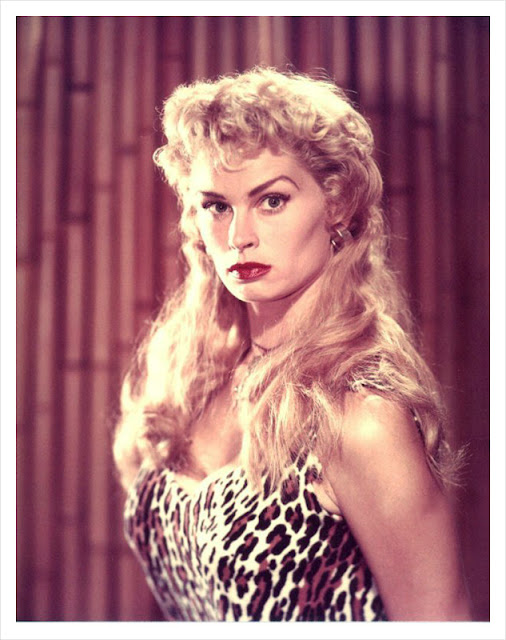 In the last post I mentioned Irish McCalla, TV's Sheena, Queen of the Jungle.

Well, for anyone curious about Irish, or Sheena, this is for you: 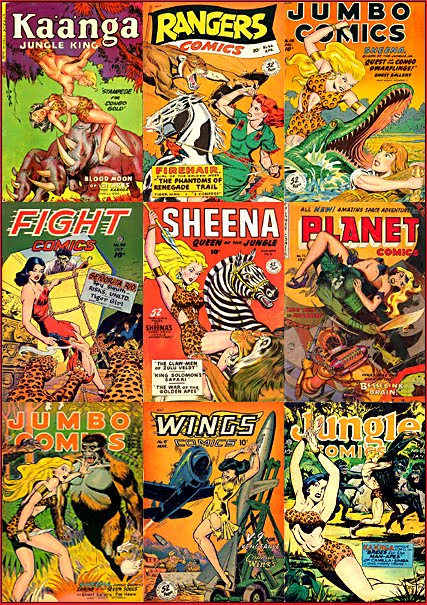 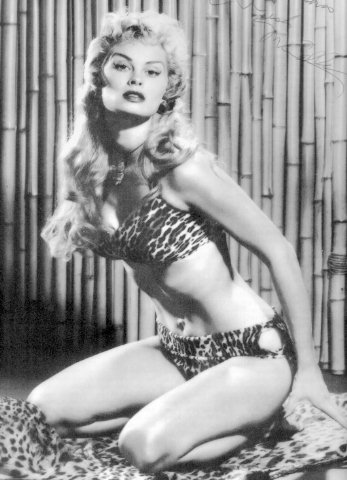 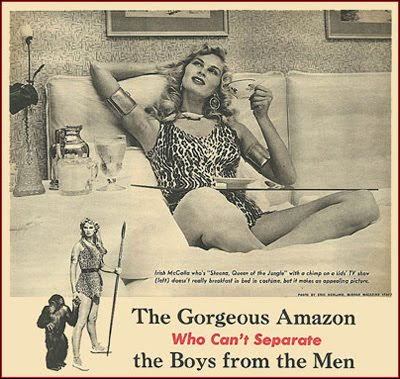 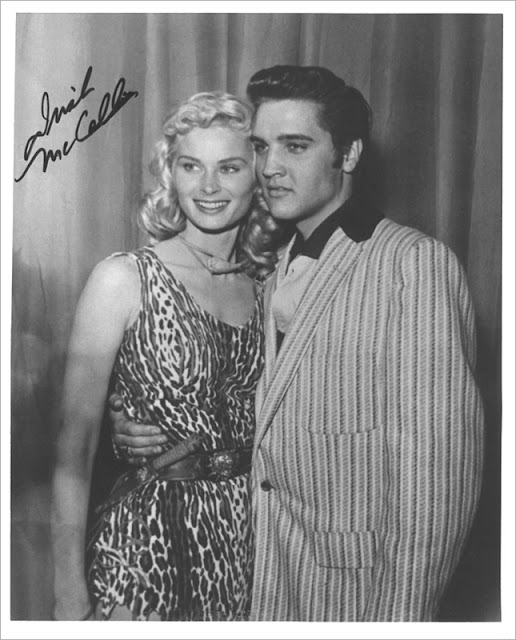 A former Varga (or Vargas) model, she embodied the perfect 1950's ideal of the sex goddess- big breasts, long legs, blonde hair and full lips. What's not to like?

As the '60's took hold, women like Irish began to seem almost cartoon-ish, and even magazines like Playboy began to realize that the feminine ideal was changing.

But at this point, hey- who cares? Here she is as we remember her- the beautiful Irish McCalla.
Posted by Bret Littlehales at 6:19 PM