Welcome to 2011 or Not, and the Special K Challenge

When we last communicated, gentle readers, it was atop the London Eye with its sweeping view of that great city. Or was it the DC Eye, with its graceful panorama of the Potomac and the monuments?

Well, now it's 2011 and time to get back to the business at hand, whatever that may be. For me, it's photography and music, neither of which will make me a millionaire, but who wants to be a millionaire. I do, of course, we all do. However, short of going on a quiz show (probably rigged) or winning a lottery (need to buy a ticket), it ain't gonna happen.

As I write this, U.S. Rep. Gabrielle Giffords lies in critical condition, the result of a terrible shooting incident that left a little girl dead, as well as Rep. Gifford's Chief of Staff and others. In custody is a man of questionable mental stabilty. Representative Giffords had been literally targeted by Sarah Palin in a map advising her followers how to vote. 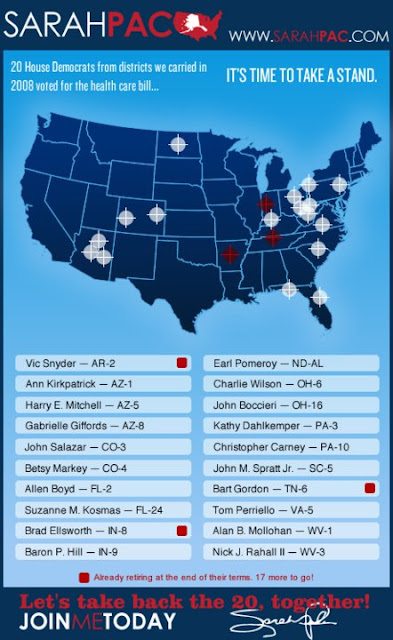 Needless to say, the media is having a field day trying to implicate Ms. Palin (who has taken the target map off of her website) in the shooting.

Her staff has referred to the crosshairs as "surveyor's marks", which makes about as much sense as heaping all the blame for this tragedy on a misguided, ex-beauty pageant participant from Alaska with a penchant for flamboyant opportunism somewhere between, say, Roseanne in the '80's and Paris Hilton in the '00's. (The zeros? Can we call it that?)

According to the more responsible members of the press, the suspect is extremely delusional. Even David Korn of Mother Jones pointed this out on Keith Olbermann's show, until Keith cut him off.

Can we blame Sarah Palin for any of this? Sure, if we want to grossly oversimplify the situation. Certainly if the shoe were on the other foot, Sarah Palin would blame the President, the Democrats and the "liberal media" and anyone else who might help her make more money.

Ultimately, one hopes that instead of pointing fingers, which is fun, we begin to rebuild the informational structure and think more for ourselves, which is not as much fun. We need to access more real information, as opposed to weighted opinion dressed as objective reporting, and make up our own minds. Our opinions are just as valid as anyone's in the media- we have access to the same information as radio/ television personalities, although not as quickly, and are still allowed to come to our own conclusions.

Remember- Sarah Palin is a former politician. She is not an office holder of any kind. She is not in service to this country in any way. She, like Paris Hilton, is a media construct, a personality exploiting a broken system in order to accrue lots and lots of wealth and fame. Unlike Paris, who charged money to go to private parties, Sarah goes to all the parties with a figurative sign around her neck: "Look at me!" it says. "Hel-lo!"

Now, the Special K Challenge: my daughter Emilie writes a blog listed to the left there called I Came to Run.  She does run, every day, and has participated in marathons and other endeavors that make me tired just typing about them. Recently, she wrote a perspicacious (yeah, I said it!) entry about the Special K Challenge. The blog was picked up by Jezebel and has garnered over ten thousand hits on Emilie's blogsite.

I could reprint it here, and spike up my own readership, but instead let's get more folks to Emilie's original entry, found here.

Instead of taking the Kelloggs folks' word for it, she researched their so- called challenge, added up the facts and wrote about her own conclusions and the research behind those conclusions.

Note: Since I wrote this, I've heard that Ms. Palin has not removed her target from her Facebook page.
Posted by Bret Littlehales at 10:33 AM

Beautifully written and very sound perspective on the "Tragedy in Tucson." I like this so much that I am going to put a link to it on my FB page. Everyone should read this.

You are such a great writer. This post was extremely eloquent, and, in my opinion, very well thought-out.

Also, I've always called the '00s the 'naughties', just because I think it's funny.

I think this is an excellent post, and perspective.
Wish it could really get out there!