Michael Jackson- So Many Thoughts, Some Not Good

No pictures this time. No need- everyone has seen them all. The plastic- surgery ravaged face, the pasty skin, like a modern day Dick Tracy villain come to life- MaskFace.

And let's get this out of the way: I think he was touched by genius. I think he made huge contributions, to civil rights, music, late 20th century pop culture. He broke a color barrier on MTV, which shouldn't have had a color barrier in the first place, but did, and he went in and owned them all.

And he certainly changed popular music forever. Unfortunately. His over- produced (sorry, Quincy, but I guess after producing Lesley Gore you had to have some outlet for your embarassing proclivity toward saccharine), sonically dense recordings opened the door to everything that is horribly bad in music right now. And incredibly popular.

Music today seems very appropriate for a new depression era- it's all- singing, all- dancing and all crap, like Busby Berkeley on some really bad coke. You can blame Michael for that. They say he idolized James Brown when the Jackson Five began, but he never got the truly visceral aspect of King James' approach- the repititious guitar figures, the crackerjack band with two drummers locked in a precise funk contest (winner takes all in the fried chicken dinner after the show) that propelled Maceo's solos into the stratosphere; the crotch grinding, stand-up- fuck- dancing- one chord- beat- driven groove in a hot sweaty room filled with men and women boogie-ing their butts off.

No, Michael picked up on one or two dance moves he could do by himself. Not a team player, I guess. The crotch you grab may be your own. When others danced with him, as in his videos, they stood slightly behind him and replicated his moves. There was no Ginger to Michael's Fred.

This is the template for everything now, from Britney Spears and Justin Timberlake to Beyonce and Miley Cyrus. Who cares who plays in Hannah Montana's band?

Yeah, I'm a musician, so of course I'm going to like a band more than a single with back-up, but hey- I like Tony Bennett, I like Sinatra, Astaire and Billie Holiday. I like Stevie Wonder and Aretha Frankilin. I have no idea who's in their bands these days. I don't mind personality- driven acts- they're fine. I think stars are fine.

But I hate pop music right now. I just hate it, and I blame Michael Jackson and I blame all 61 million people who bought a copy of Thriller (and I was one- on cassette even, for my kids!) for buying into this shitty, shitty excuse for music.

Please don't misunderstand- I'm very sorry about Michael. He probably never had a chance. Or at least never recognised that he had a chance. At this point he's to be pitied, not reviled. That will probably come later, from the tabloid press he courted and stroked with his sequined glove. They'll take good care of Michael.

One last thought: what happened to Bubbles the chimp? Did he die? Did Michael and his chauffeur bury the chimp in an arcane ceremony like Gloria Swanson and Eric Von Stroheim in Sunset Boulevard? The parrallel is almost too good to be true. Which it probably isn't. 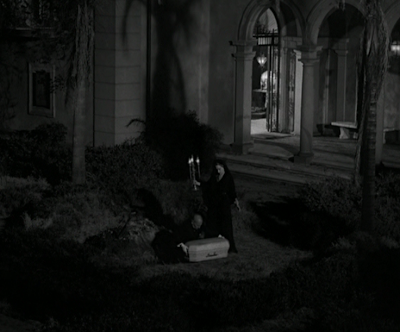 Posted by Bret Littlehales at 7:12 PM

From what I understand, Bubbles has been living with a caretaker for a while now but still recognized MJ when he would visit. He is now mourning, apparently, although I think that's probably not true, since I'm not entirely sure how he would know that his previous owner died.