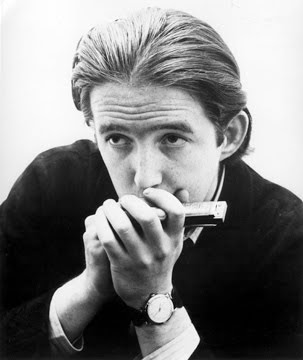 I wouldn't be a harmonica player today if it weren't for Paul Butterfield.

One afternoon in 1965 my friend Mr. Freeland- Archer and I were walking home from high school, and we stopped in the Variety Records on Old Georgetown Road in Bethesda, Maryland. ("Variety Records-- thaaat's the place!"- Barry Richards.)

Mr. F-A saw a record with a picture on the cover of a bunch of hoodlums hanging out in front of a charms/ herb store. One guy was wearing silver boots. They all looked pretty disreputable. "Let's get this," said Mr. F-A. 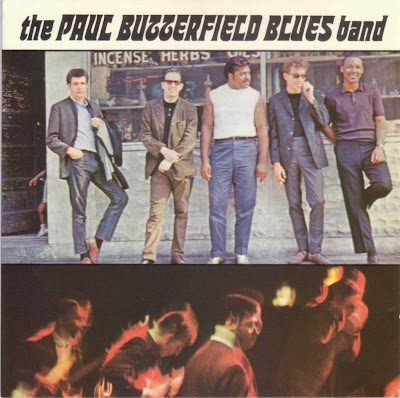 We took it back to his place and popped it on the turntable. It was, of course, the first Butterfield Blues Band record on Electra, the one with Elvin Bishop and Mike Bloomfield. Sam Lay, the drummer was the one with the silver shoes. We had never heard music like this before in our short lives. It literally blew our minds.

I had a harmonica because I used to play along with the Yardbirds' version of "I'm a Man" which was a quasi- hit on the radio at the time. Butterfield's harmonica playing was nothing like the anemic chording of Yardbirds' singer Keith Relf. Butterfield's harmonica playing was in your face. Loud, sure, melodic and complex. Pure tone, unique vibrato and intense phrasing. In short, it was clear that to Paul Butterfield, the harmonica was an actual musical instrument, capable of holding it's own in any musical context, but particularly in urban blues.

It was a short trip from Butterfield to Little Walter, Junior Wells, and Charlie Musselwhite, the pre-eminent blues harp players of the day, along with the late Rice Miller. I paid my money and climbed on board, and began to devour every single blues recording I could get my hands on.

Most of these artists' sounds could be found at Discount Records at Dupont Circle, where I eventually got a job and continued to fatten my collection. I ate, slept and drank Paul Butterfield through the remainder of the '60's and '70's. I copied his haircut, his wardrobe and his stage moves. Mostly I copied his playing. To this day, I still hear more of Butter's distinctive sound in my playing than any other single artist. Some guys are Little Walter guys, some guys are Sonny Boy Williamson guys, some guys sound like themselves, but I'm a Butterfield guy.

I knew some people that he knew and eventually I got to meet him. The third time I met him, we were introduced by Sonny Freeman, B. B. King's great drummer, whom we both knew and respected.

"Yeah, " said Butterfield, "I know Bret and he's an asshole."

All I could think was, wow--- Butterfield knows who I am!

Okay- so I never made friends with my idol. That wasn't the point. The point was that Butter gave me a goal and a way of achieving that goal. He gave me a big lift to the life I wanted to lead- the musician's life, the bohemian life, the cool life. And if, pre- Butter, I didn't know what I wanted, only that wanted something that would place me apart from the rich, preppy, well- dressed jerks I went to private school with (relax, guys- I don't feel that way now), then post- Butter I figured it out. Play the blues, stay cool, brother. And I still play the blues, and I'm still cool, brother.

Sadly, Butterfield isn't one of the blues survivors like his fellow musician Charlie Musselwhite. Butterfield's lifestyle dogged him constantly into the '70's and beyond: drugs, alchohol, bad career dexisions, in short, all of the detritus of the '60's, plus a deep- seated need to be like his idols, the black bluesmen he grew up listening to on the streets and in the clubs of Chicago, where he was born and raised. 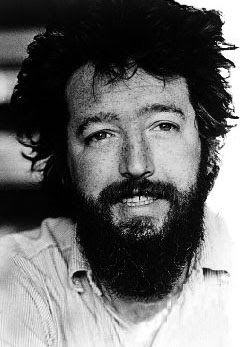 "He loved Little Walter,' said B. B. King. "He lived like him and he died like him."

In May of 1987, Paul Butterfield died of an overdose from a combination of drugs and alchohol. A month earlier, he stood side-by- side with Albert King and Stevie Ray Vaughn and sang Elmore James's "The Sky Is Crying," for a B. B. King birthday special on public television. Within a year all three would be dead.

In a different world, we'd be listening today to his latest record or making plans to see him at a club, and speculating on what great new guitarist might be in his band. It seems that one of the legacies of the '60's is brevity: creativity and the people who achieved it were only here a short time. That's just the way it is sometimes. It all went too fast.

Happy Birthday, Paul. We'll play a song for you tonight. It won't be easy.
Posted by Bret Littlehales at 11:59 AM

how could he call you an asshole? What a jerk!

STFU,Sue.
You and I have alot in common,I heard his solo at Woodstock and decided to learn it,then it was East/West and the rest is history. The things I learned from him. The breathing in the Work Song,off E/W and the tone,the tone.Nobody had tone like Paul,not even Little Walter.And neither one of them ever used the upper register.How'd they get so good?

If you hear me play you'd know I listened to Paul all my life.
Unfortunately the closest I got to him was being allowed to sit in with Elvin Bishop at the Lighthouse in Hermosa Beach.Elvin was a dick.He was spitting on the crowd,he almost got his ass kicked seriously,but he let me sit in with him on a version of My Own Fault.I'd worked at the club for years off and on in different bands and they got me the opportunity.Good times.RIP Paul Butterfield