Every morning I check out Mar De Cortes Baja, Lloyd Fonvielle's excellent blog. Lloyd writes about his interests in an intelligent and insightful way, covering subjects from Annie Oakley to L'Inconnue de la Seine (a subject about which I knew nothing.)

I have an unusual connection with Lloyd, whom I do not know. Lloyd, like me, attended St. Albans School in Washington DC, and he hung out with two equally gifted fellow students, who took time off in their summers to make movies way before the term "student film" ever existed. This was during their seventh and eighth grade years. After Lloyd left to attend another prestigious prep school, I essentially replaced him. If he hadn't left, I may never have become friends with these two. Thanks, Lloyd!

The two other students, one of whom, Mr. Freeland- Archer, is already familiar to followers of this blog, and Mr. John Zhon (not their real names), a thoughful man of the cloth, remain my friends to this day. And Mar de Cortes Baja is my inspiration for writing this blog.

Lately, Mar has commented extensively on the situation in Iran. Lloyd brings his sensitive eye and ear to bear on the turmoil, and I urge all the readers of this blog to check out Mar de Cortes Baja.


Mr. Freeland- Archer sent me a great picture of the immortal Lord Buckley, who, though only a Lord in his own court, is, in mine, the King of the White Hipsters. 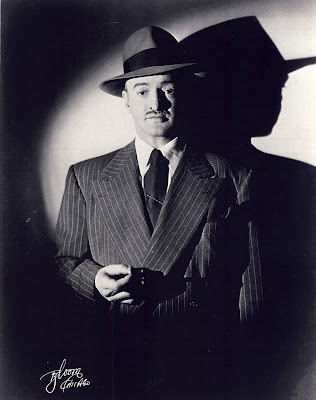 The Dapper Lord
I really don't have to provide a biography here, as I'm sure there's plenty online. Oddly enough, Lord Buckley was a big pal of Ed Sullivan's, an otherwise prickly conservative personality. I've seen three different Sullivan Show kinescopes of Buckley performing a kind of literal "talking heads" routine from his vaudeville act, where he takes volunteers, lines them up, and has them move their mouths as he provides the dialog in a variety of voices. In all of the films I've seen, he uses Sullivan and three or four of his guests as the volunteers. It's a corny bit, racist even, but it does show his energy and timing.

Sullivan let his Lordship on the show, but he didn't let him do current material like his Shakespeare pastiche, "Hipsters, Flipsters and Finger-popping Daddies" or the "Nazz", his interpretation of the life of Jesus. How complicated he was!

My old college roommate John Hostetter worked up a one man show of Buckley that he would perform at conventions and odd Buckley- inspired events. I remember him memorizing "Hipsters/ Flipsters" (as he always called it) when we lived in Ithaca back in 1971. This last November I visited John and made this short film.

I like that video! I remember when John Hostetter was on Murphy Brown (he was, wasn't he?) Can you elaborate a little bit on the term hipster? I mostly know it in reference to twenty-somethings who tend to reside in places like Philly and Williamsburg (Brooklyn, not VA) and alter their bikes so they have only one gear and no brakes. They also wear skinny jeans and Buddy Holly glasses, and I'm told they idolize Elvis Costello. I think your use of the word hipster is probably closer to its original meaning and different from the one I know!